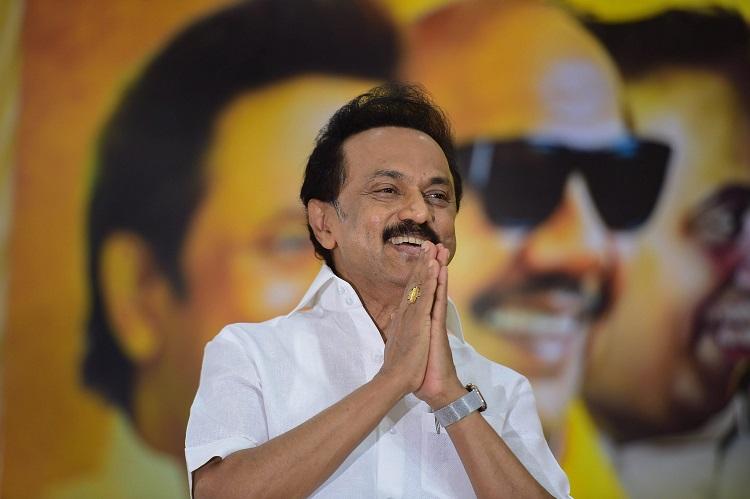 Muthuvel Karunanidhi Stalin has been in office as chief minister of the south Indian State of Tamil Nadu for less than a handful of days, and already much nonsense – and some sense – has been written and spoken about his government’s approach to the Sri Lankan ethnic issue, especially in Jaffna and other Tamil-speaking areas in the country, and by the Diaspora elsewhere too. It began a few days earlier on 2 May, when  his DMK party-led alliance won elections to the state assembly – much more than a provincial council in the  Sri Lankan context. Equally absurd things, but in the opposite direction, are beginning to be written about him, his party and government, in the rest of the nation’s media, and not so very unexpected, this, either.

First and foremost, Sri Lankans, both Tamils and Sinhalas, and lately, Muslims and Upcountry Tamils, too, need to remember that Stalin has been elected as chief minister of one of the very many states in neighbouring India. If all powers on foreign, security and defence policy in Sri Lanka rests of the shoulders of an incumbent President, or is believed to be so, under the Indian constitutional scheme, it rests and stops with the nation’s Prime Minister, acting through the support and approval of the Cabinet. State governments have only a limited and relatively less significant role in matters of foreign and security policy. The Indian Supreme Court also does not approve of those that attempt to upstage this part of the constitutional process.  There are innumerable instances from India’s post-Independence past.

That makes the Union of India or the Government of India, the final arbiter of the nation’s foreign and security policy. The Prime Minister takes his decisions in consultation with his political and professional aides, and certain state governments which may have an emotional or practical stakes in the matter may be consulted beforehand and are kept formally or informally kept informed. In the case of Sri Lanka, it used to be Tamil Nadu and the Union Territory of Puducherry. In contemporary context, if push came to the shove, then not only these two but there are also chances that the governments in two adjoining states of Kerala and Karnataka too may be kept in the loop, depending on the circumstances and requirements.

In this background, to expect, anticipate or anguish about the Stalin leadership interfering with the affairs of Sri Lanka beyond a point is out of the question. Two, Prime Minister Narendra Modi is on a stronger wicket in terms of parliamentary majority unlike those before him for nearly 25 years, so will not be influenced by pressure-tactic being applied by state governments and their polities. But there has always been a genuine concern in Delhi about the sentiments, emotions and involvement of Tamil Nadu in shaping the nation’s policy towards Sri Lankan ethnic issue, war and violence. Those concerns are also genuine, all of it flowing from the unforgettable anti-Tamil Pogrom-83.

On the occasion, every Tamil Nadu village and villager had heard stories of the personal tragedy / atrocity from their Tamil brethren from            across the near-seas, who had been housed in refugee camps in their respective districts. Learning from their predicament at the height of the ‘Bangladesh refugees’, who flooded north-eastern Indian border-states in the early seventies, the Government of India helped Tamil Nadu spread the refugee camps to spread across the state to avoid over-crowding that would have made management of the camp and ensuring supplies to every family that much more difficult.

Even as he was sworn in as chief minister, Stalin’s twitter account began carrying a legend, ‘From the Dravidian stock’. No Sri Lankan need to read too much meaning into it. It relates near-exclusively to domestic political circumstances, where the ‘Tamil identity, culture’, et al, are believed to be under pressure from the BJP-ruled Centre and multiple Indian institutions that are all creations of the nation’s Constitution.

Recall the unprecedented ‘Jallikattu protests’ of January 2017, demanding that the Indian Supreme Court restore the traditional Tamil                                            valour-game of bull-taming, and the picture is complete. No one is talking about bull-fight in Sri Lanka. Upcountry Tamil leader Senthil Thondaman, who trains Jallikattu bulls, fields them only in the games conducted during Tamil harvest festival of ‘Thai Pongal’, in mid-January. Including in the 2017 season, conducted at the height of the successful protests, the animals fielded by them won prizes, including an automobile.

There is justifiable apprehension that NEET could deny the state its unique place in the nation’s health sector history. Today, thanks to the social justice scheme, its adaptations and efficacy, Tamil Nadu has an enviable doctor-to citizen ratio of 243 doctors per 1,000 population. It is the same as those prevailing in Scandinavian countries, which are marked for human development indices (HDI) of the kind. Imagine the plight of Tamil Nadu minus these many number of doctors and other frontline medical professionals through the past year and more of Covid-19, and you will know what ‘Dravidian’ identity means to the average Tamil now, however it might have been misunderstood in the past, recent and faraway.

The more Tamil Nadu develops and grows, greater has its distance become from other aspects of what is perceived as ‘Dravidian political ideology’. For instance, even while adoring Periyar E V Ramaswami, the grand seer of Dravidian political ideology and paying respects at h is memorial on his assuming office, Stalin broke important of his beliefs, namely, against gods and religions, especially their own Hindu religion, and the priestly Brahmin caste that dominates the community’s rituals. A couple of days after becoming chief minister, Stalin and his wife Durga received priests and other dignitaries from the famed Tirupati temple in neighbouring Andhra Pradesh, presenting them both with ‘prasad’. Likewise, when he visited his father, the late Karunanidhi’s Chennai residence, to obtain his mother’s blessings, too, after assuming office, TV news cameras showed bare-chested Brahmin priests leaving the house after some rituals.

So much has changed in the Dravidian political approach to social issues, Stalin’s pre-poll statements on Sri Lankan ethnic issue, both before and after the UNHRC vote, were balanced and to the point. Neither he, nor his ruling AIADMK rival of the time, not even periphery political parties in his company, made a public issue of their reservations, on the Modi Centre’s approach. None, including actor-politician Seeman’s Naam Tamizhar Katchi (NTK), with its pan-Tamil imagery, launched any public protest to pressure the Centre. If anything, Seeman repeatedly targeted only Stalin’s DMK, his late father (who was chief minister during the decisive ‘Eelam War IV’) and their Congress ally then ruling the Centre, for ‘betraying’ the Tamil cause.

Even Seeman did not refer to either the BJP Centre of the AIADMK state government in the immediate context. You then knew, whose cause he was arguing the most, that too in a crucial election in the state, the first assembly polls to elect a new chief minister, after the death of Karunanidhi (2018) and the latter’s AIADMK ‘bete noire’ Jayalalithaa, two years later, in 2016. And Seeman was the more recent darling of the Tamil Diaspora, or that was the impression – hence, also the villain for the Sinhala-Buddhist hardliners, here in Sri Lanka!