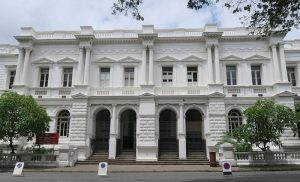 Several post offices have been temporarily closed due the detection of a number of Covid infected staff.

He said nearly 40-50 staff members have been detected with COVID-19 at present.

The infected individuals have been transferred for treatment, while their first contacts have been placed in isolation.

The health authorities are taking necessary measures in this regard, the Postmaster General said.

Ranjith Ariyaratne further said the closure of post offices and sub post offices could cause a delay in postal services.

He added that the affected post offices and sub post offices will remain closed until further notice, and will be re-opened on the advise of the health authorities. (Colombo Gazette)