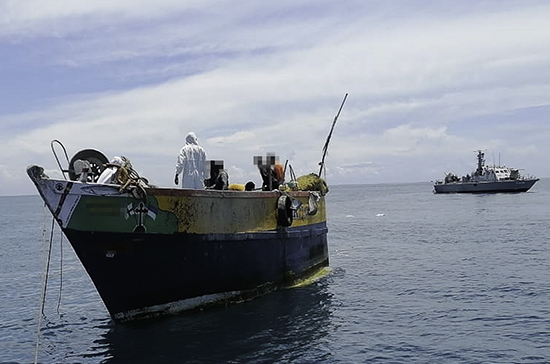 Navy Spokesman, Captain Indika De Silva told Colombo Gazette the fishermen were detained at sea and sent back to India.

“Because of the coronavirus we did not want to take a risk and bring them ashore. So we conducted preliminary investigations at sea and sent them back,” he said.

According to the Navy media unit, the fishing boats with 86 Indian fishermen had attempted to cross the International Maritime Boundary Line (IMBL) and enter Sri Lankan waters.

“By virtue of special patrols being conducted in the sea area close to the Palk Strait these days to prevent illegal immigrants from entering Sri Lankan waters, the Navy was able to prevent 11 Indian fishing vessels with 86 individuals, from their suspicious attempt to enter into Sri Lankan waters today,” the Navy media unit said in a statement.

The Navy said that it has stepped up security in the North Western and Northern waters by increasing 24-hour patrols, as there is a risk of the surge in the transmission of the COVID 19 pandemic in the country due to possible illegal migration attempts via sea routes.

“Incidentally, in a similar patrol carried out in the sea area south of Mannar, the Navy managed to prevent these 11 Indian fishing vessels, which were suspected to have attempted to enter into island’s waters, from their unlawful attempt,” the Navy said.

The Navy said that after informing the Indian High Commission and Indian Coast Guard, arrangements were made to hand over the 11 Indian fishing vessels and 86 persons to Indian authorities for onward action.

Meanwhile, the Navy said it continues to increase surveillance in the North Western and Northern waters to prevent illegal immigrants from entering the country by sea. (Colombo Gazette)