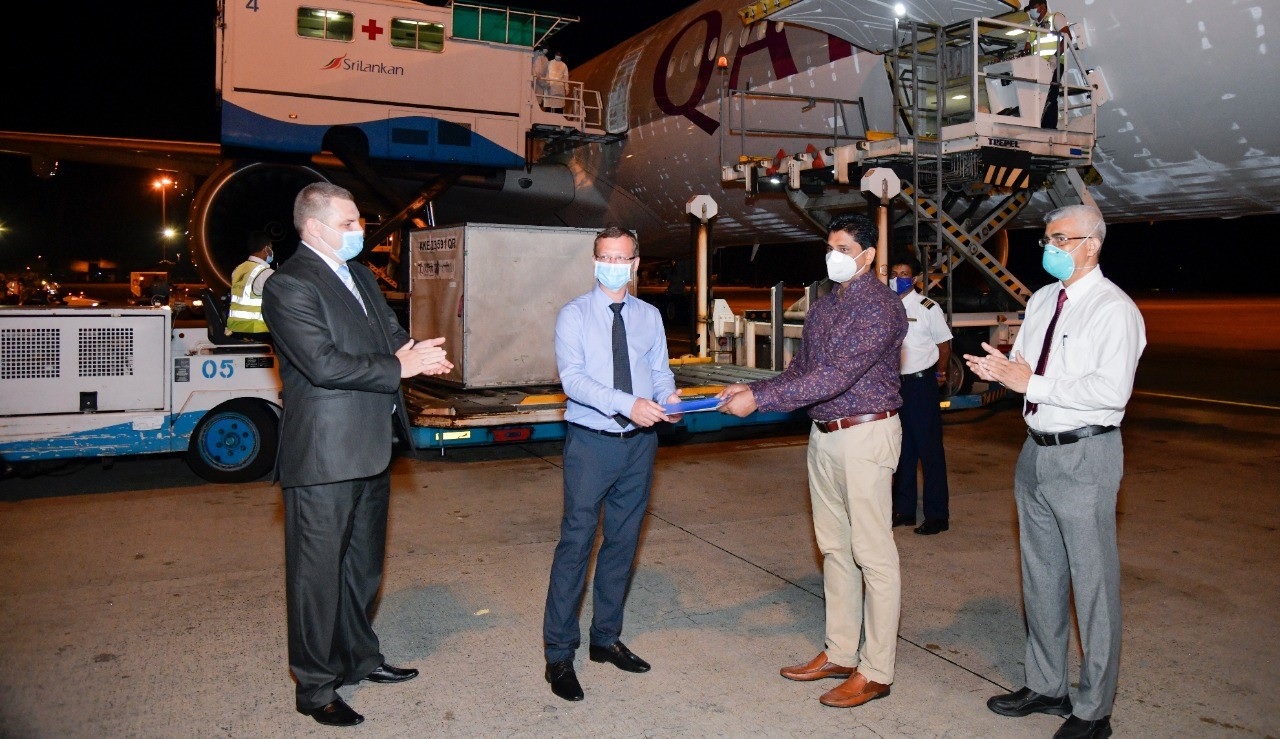 The first batch of 15,000 doses of the Russian Sputnik V vaccine arrived in Sri Lanka today.

The Russian Embassy in Colombo said that the consignment was taken to the State Pharmaceutical Corporation’s drug storage complex after it arrived in Sri Lanka.

Several more batches are expected to be delivered to Sri Lanka in the near future, the Russian Embassy said.

The National Medicines Regulatory Authority (NMRA) had in March approved the use of the Sputnik V COVID-19 vaccine in Sri Lanka.

The Russian vaccine Sputnik V was the second COVID-19 vaccine to be approved for usage in Sri Lanka.

Commenting on the Russian vaccine, Cabinet co-spokesman Minister Keheliya Rambukwella said the Government is to receive 13.5 million doses of the Sputnik V vaccine from Russia.

He told reporters at the post Cabinet press briefing today that as per the agreement, Russia will commence dispatching more quantities of the vaccine to Sri Lanka.

Apart from the stock received today, the Cabinet co-spokesman said the Government expects the delivery of more vaccines in July, August and September.

Minister Keheliya Rambukwella said the Government will receive a total 13.5 million doses of the Sputnik V vaccine during this period. (Colombo Gazette)