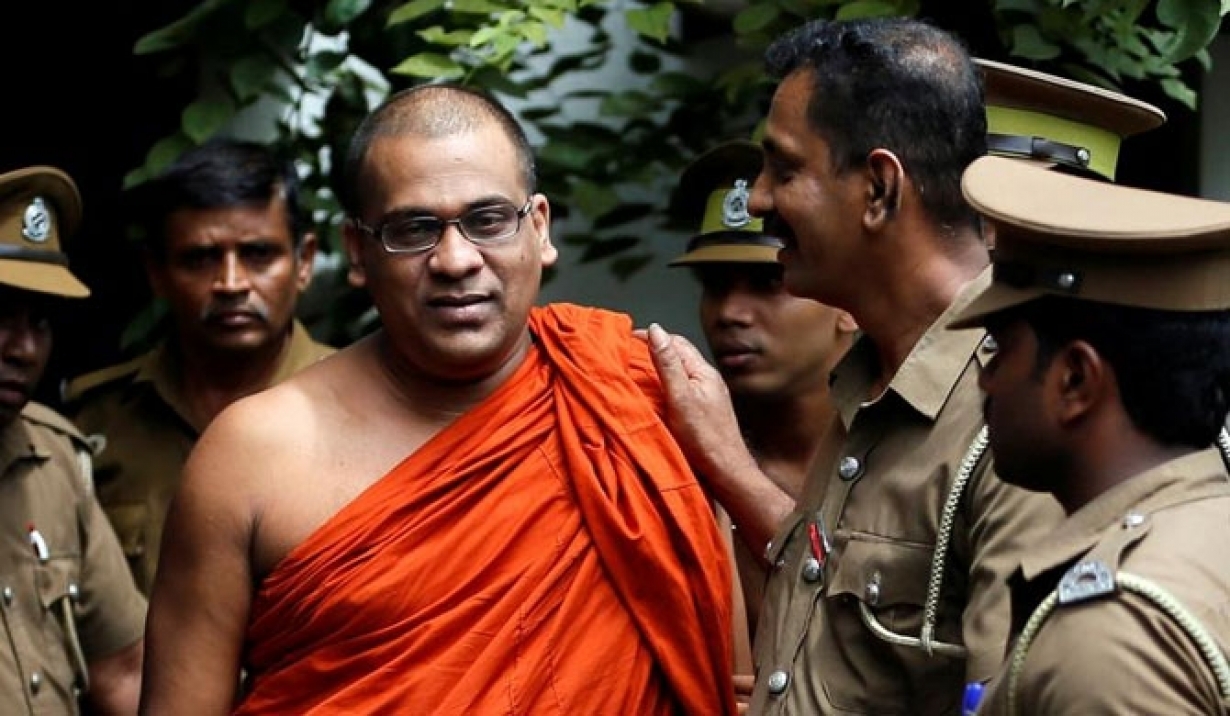 The wife of Parliamentarian Rishad Bathiudeen has written to President Gotabaya Rajapaksa, questioning the failure to arrest the Secretary General of the Bodu Bala Sena (BBS) the Venerable Galagoda Aththe Gnanasara Thero, over the Easter Sunday attacks.

In the letter to the President, Mrs. Ayesha Rishad notes that the Presidential Commission of Inquiry into the Easter Sunday attacks had named Gnanasara Thero as being one of those responsible for the deadly bombings.

However, she notes that neither Gnanasara Thero nor others named in the report have been arrested.

She insisted that her husband had not been involved in the Easter Sunday attacks but yet was arrested in a “disgraceful manner” without a court order.

In the lengthy letter, Ayesha Rishad urged President Gotabaya Rajapaksa to direct the Attorney General to issue an order to release her husband.

She assured that both her husband and his brother will extend their fullest cooperation to the investigations.

A Detention Order (DO) was obtained on 27th April to further detain Rishad Bathiudeen and his brother Riyadh Bathiudeen for 90 days, to be questioned in connection with the Easter Sunday attacks.

Police Spokesman, Deputy Inspector General (DIG) Ajith Rohana said that they had been detained for another 90 days under the Prevention of Terrorism Act.

Rishad Bathiudeen and his brother had initially been detained for 72 hours by the CID.

However, the Police said that further investigations were required as a result of which they were later detained for another 90 days. (Colombo Gazette)