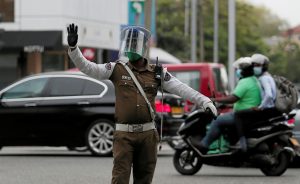 More areas across Sri Lanka have been isolated with immediate effect as the coronavirus New Year cluster continues to spread further.

General Shavendra Silva said the isolation will be in effect until further notice.

Thereby, the Rathmatiya GN Division in Nuwara Eliya has been isolated with immediate effect.

The Uggala GN Division in Colombo and Alwis Watta in Wattala have also been placed in isolation.

The Tissaweerasingam Square in Batticaloa has also been placed under isolation.

General Shavendra Silva added that the isolation has been imposed due to a significant increase in Covid cases in these areas. (Colombo Gazette)