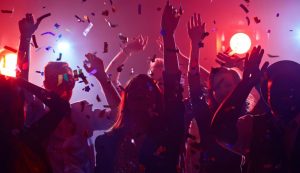 The Police are to raid parties and other events held in violation of the quarantine regulations.

He said all regional Police officers have been instructed to take stern action against those organizing and providing their premises to host such events, as well as the participants.

DIG Ajith Rohana said the Police intelligence agencies are tracking events and public gatherings being organized in violation of the quarantine law.

The Police Spokesman said suspects arrested in this regard will be charged under the quarantine and criminal laws in the country.

All public gatherings, parties and weddings have been banned due to the further spread of the New Year coronavirus cluster.

The Health Ministry has also issued a new set of health guidelines in a bid to contain the spread of the virus.

Several areas in the country have also been placed under isolation as a result. (Colombo Gazette)