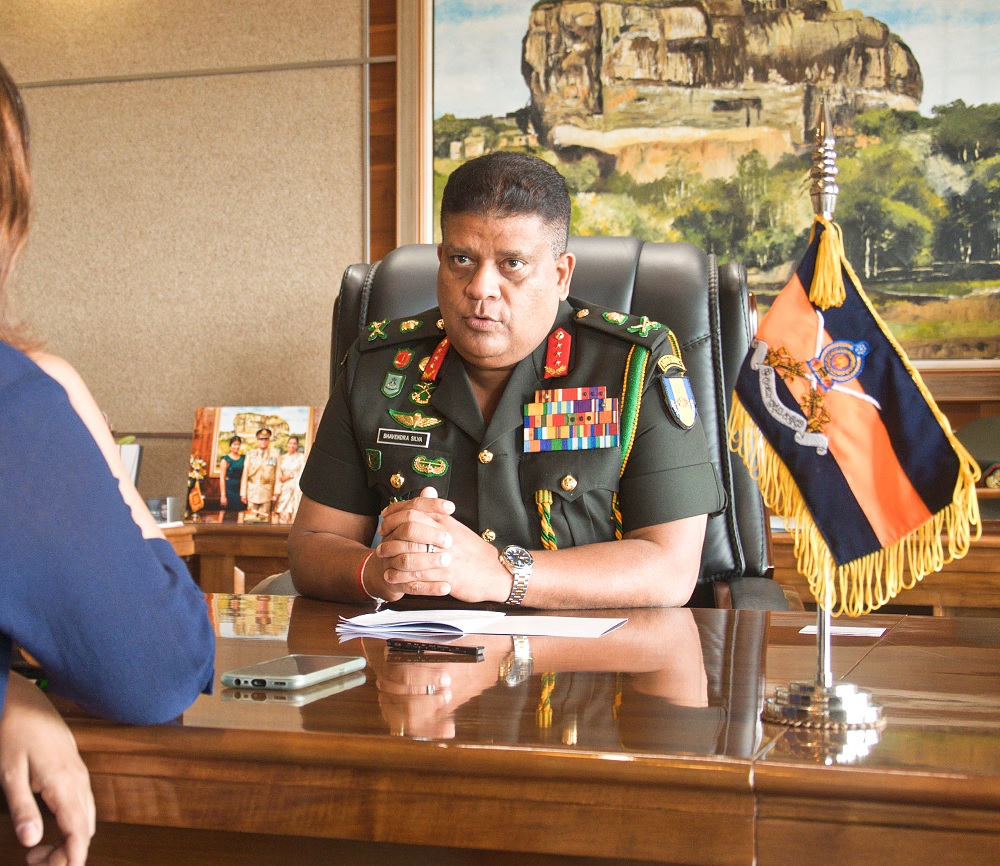 The Army has denied allegations that Army Commander, General Shavendra Silva had attended a wedding of a relative, just before a ban on weddings was enforced.

According to the Army media unit, doctored photographs with false and fabricated information had gone viral on social media.

The doctored photographs alleged that the Commander of the Army had attended the wedding of his sister’s daughter at a Colombo Hotel just before the ban on weddings comes into effect on Tuesday (4).

“The Army flatly denies those social media reports, published with doctored photos, attributed to the Commander’s sister’s daughters who are still schooling. However, a person, believed to have placed this false social media blog was found later on correcting his wrong report,” a brief statement by the Army said.

The Army appealed to all segments of society to act with responsibility at this decisive moment and avoid spreading false information. (Colombo Gazette)