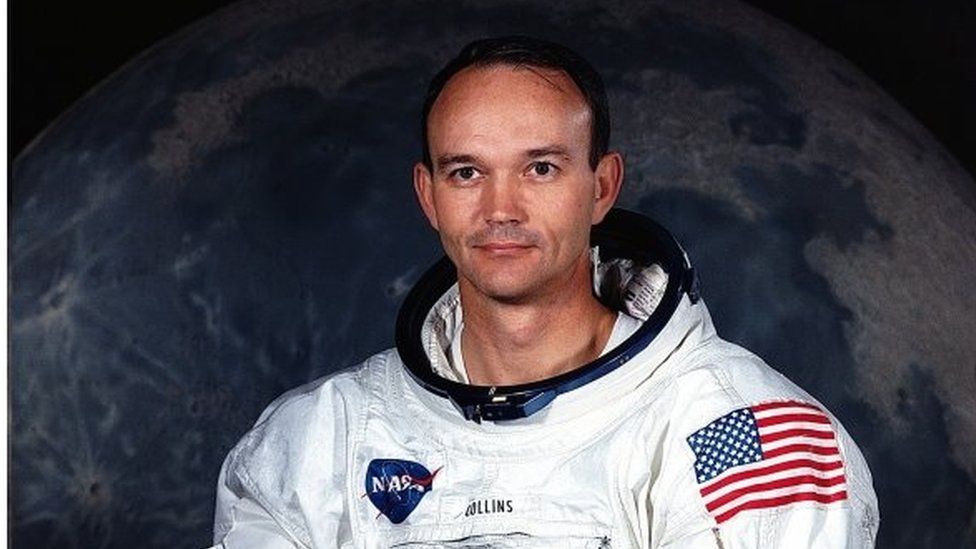 Michael Collins – one of the three crew members of the first manned mission to the Moon, Apollo 11 in 1969 – has died aged 90, his family say.

He died on Wednesday after “a valiant battle with cancer. He spent his final days peacefully, with his family by his side,” they said.

Collins had stayed in lunar orbit as his colleagues Neil Armstrong and Buzz Aldrin walked on the Moon.

Aldrin, 91, is now the only surviving member of the mission.

Paying tribute to Collins, Aldrin wrote in a tweet: “Dear Mike, Wherever you have been or will be, you will always have the Fire to Carry us deftly to new heights and to the future. We will miss you. May you Rest In Peace.”

In a statement, the Collins family said that “Mike always faced the challenges of life with grace and humility, and faced this, his final challenge, the same way”.

“We will miss him terribly. Yet we also know how lucky Mike felt to have lived the life he did.

“We will honour his wish for us to celebrate, not mourn, that life.”

On 16 July 2019, Collins visited Florida’s Kennedy Space Center – the site where the mission had set off exactly 50 years earlier.

Speaking at launchpad 39A – where the crew’s rocket began the historic mission – he described how he felt during take-off.

“The shockwave from the rocket power hits you,” Collins told Nasa TV. “Your whole body is shaking. This gives you an entirely… different concept of what power really means.”

“You’re suspended in the cockpit… as you lift off,” he continued. “From then on it’s a quieter, more rational, silent ride all the way to the Moon.

“We crew felt the weight of the world on our shoulders, we knew that everyone would be looking at us, friend or foe.”

On 16 July 1969, Neil Armstrong, Buzz Aldrin and Michael Collins were strapped into their Apollo spacecraft on top of the vast Saturn V rocket and were propelled into orbit in just over 11 minutes.

Four days later, Armstrong and Aldrin became the first humans to set foot on the lunar surface. Collins remained in the command module throughout the mission.

Armstrong’s words, beamed to the world by TV, entered history: “That’s one small step for man, one giant leap for mankind.” (Courtesy BBC)