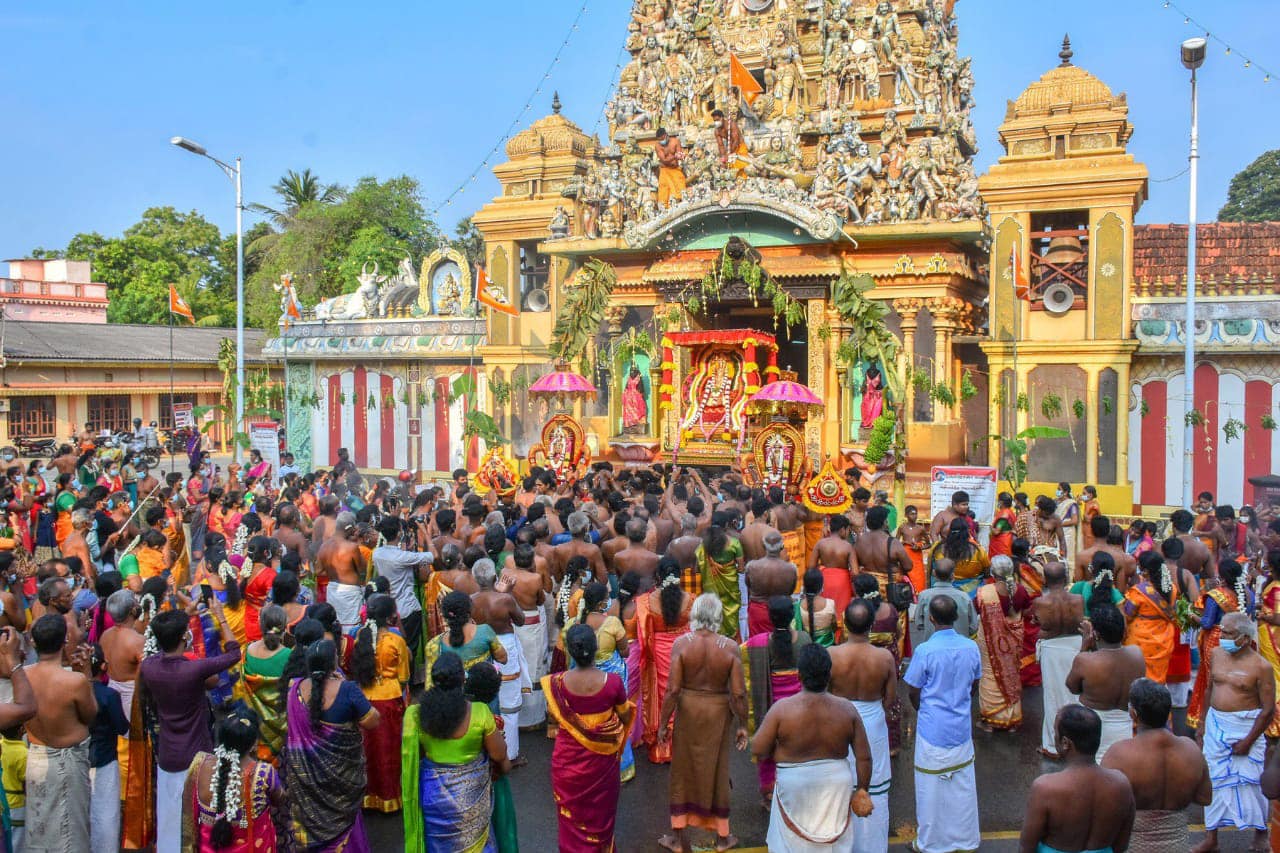 Officials of the Sri Kamakshi Amman Kovil (Temple) in Jaffna have been arrested for holding a religious festival, violating the quarantine laws.

A large gathering had attended the festival without maintaining social distancing or wearing face masks.

The Police said that the Chairman and Secretary of the Board of Trustees of the temple have been arrested over the event.

Such large events have been banned by the Government until 31st May.

Last week the Government announced that tuition classes, parties and public gatherings have been banned until 31st May with Sri Lanka being placed on Alert Level 3 following the Sinhala and Tamil New Year.

According to new health guidelines, casinos, night clubs and beach parties have also been temporarily banned.

Children’s parks, carnivals and musical shows are also banned while swimming pools must also be closed until 31st May.

Spas and day rooms as well as home stays are also not permitted to operate during this period.

Government and private offices have been told to operate with minimum staff while others work from home.

Supermarkets are allowed to accommodate only 50 percent of costumers at one time based on the space available.

Day care centres, preschools and schools are allowed to operate with only 50 percent of the capacity.

Weddings can be held with a maximum of 150 guests while funerals can have only 25 people at any given time. (Colombo Gazette)