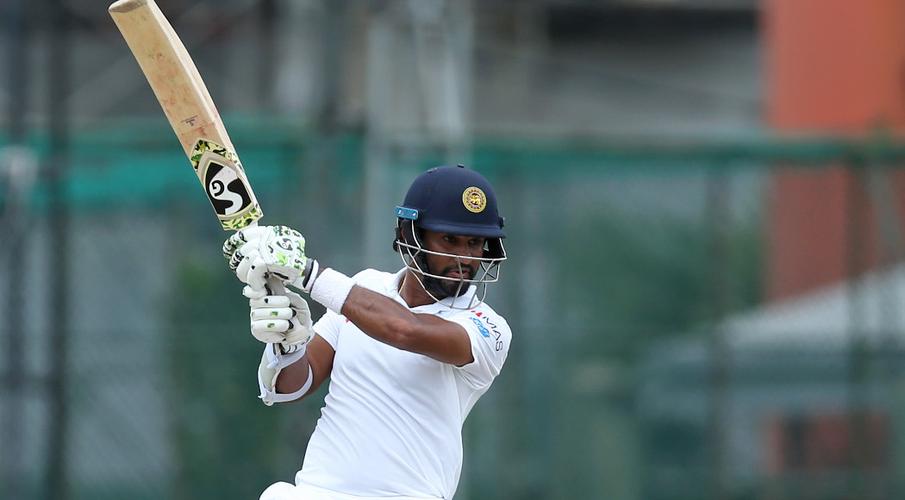 The high-scoring Pallekele Test between Sri Lanka and Bangladesh ended in a draw on a rain-marred day five.

After going wicketless for the entirety of day four, Bangladesh bowlers bounced back with five wickets in the morning session of the final day. They ended the monstrous 345-run third-wicket stand between Dhananjaya de Silva and Dimuth Karunaratne. The breakthrough came courtesy of Taskin Ahmed, who induced de Silva to edge the ball onto the stumps.

The Bangladesh paceman struck again in his next over, picking up the prized wicket of Karunaratne, who missed out on the chance of reaching his 250, falling short by six runs.

Pathum Nissanka became Bangladesh’s third victim of the session, falling to Ebadot Hossain, for 12. Towards the end, handy contributions from Niroshan Dickwella (31) and Wanindu Hasaranga (43), and Suranga Lakmal (23*)  allowed Sri Lanka to cross a 100-run lead. Captain Karunaratne then called the batsmen in, with Sri Lanka declaring on 648/8, with a first-innings lead of 107.

Bangladesh got off to a shaky start in their second innings. Lakmal dealt a double blow, dismissing Saif Hassan after his edge found the keeper. In his next over, he picked up the key wicket of Najmul Hossain, who had scored 163 in the first innings, for a duck.

After the two early wickets, Tamim Iqbal and Mominul Haque joined forces in the middle to rebuild the Bangladesh innings. Tamim seemed in good touch as he dealt with Sri Lankan bowling with relative ease. He registered his 30th half-century in Tests with a sublime cover drive off Vishwa Fernando’s bowling.

Unfortunately, the rain started pouring down heavily, washing off the final session and putting an end to the high-scoring affair.

The second Test will take place at the same venue from 29 April to 3 May. (Courtesy ICC)