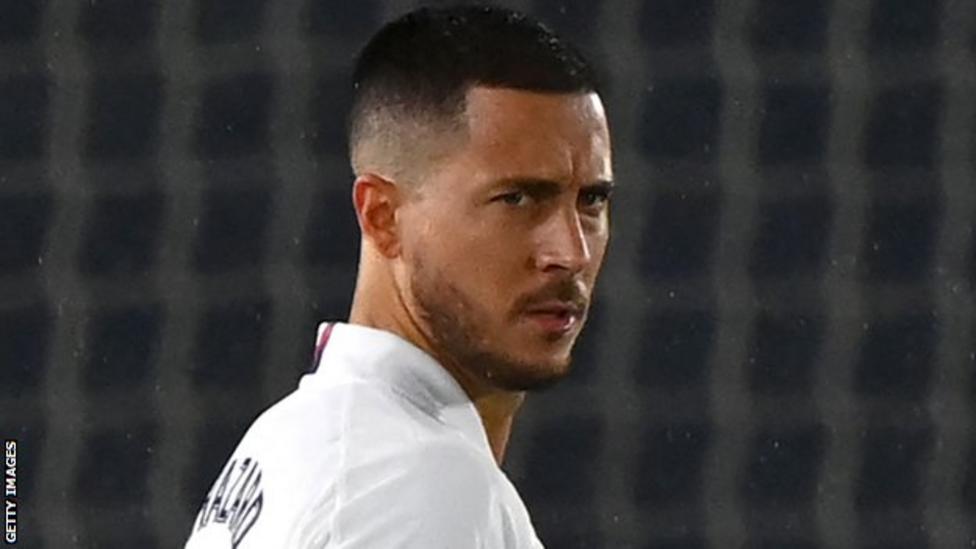 Real Madrid’s title hopes were dented as Zinedine Zidane’s side were held to a goalless draw at home to Real Betis.

Real are two points behind Atletico Madrid, who play Athletic Bilbao on Sunday. Barcelona are third, three behind Real but with two games in hand.

Rodrygo struck the crossbar with a mis-hit cross as the defending champions laboured against Manuel Pellegrini’s Europa League hopefuls.

One positive for Real, who beat Cadiz on Wednesday to move top before Atletico responded with victory over Huesca on Thursday, was the return of Eden Hazard after injury.

The Belgium playmaker was introduced as a 77th-minute substitute for his first league appearance since 13 March.

Next up for Real Madrid is their Champions League semi-final first leg tie at home to Hazard’s former club Chelsea on Tuesday (20:00).

Real president Florentino Perez, who has been one of the most vocal advocates of the controversial European Super League project, told Spanish newspaper AS on Saturday that those founding clubs have “binding contracts” and “cannot leave”. (Courtesy BBC)