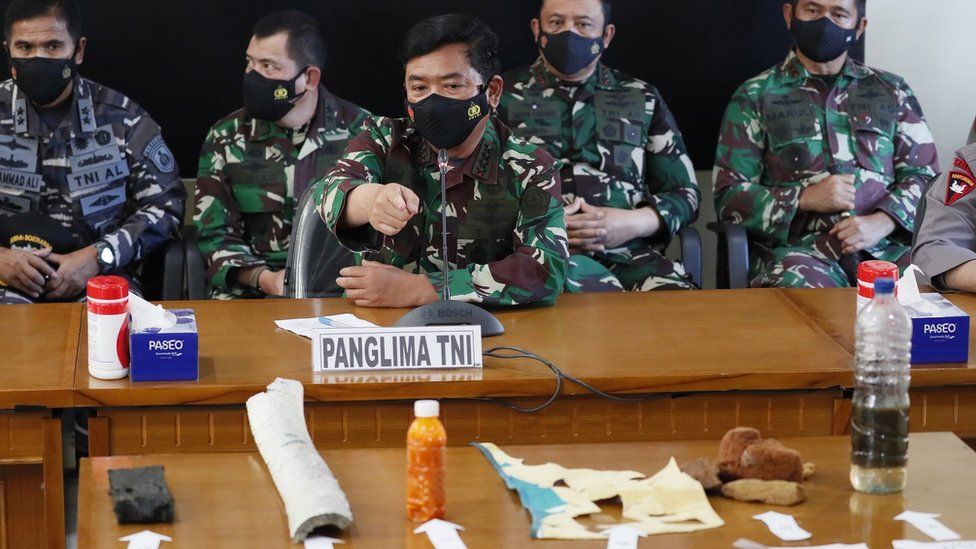 A submarine missing since Wednesday off the coast of Bali with 53 people on board has been lost, the Indonesian navy said on Saturday.

Parts of the submarine, along with debris including prayer mats, were found near where it went missing, the navy chief of staff said.

It was only carrying enough oxygen for three days.

The KRI Nanggala disappeared after requesting permission to dive during a torpedo drill. The German-built vessel was more than 40 years old but underwent a refit in 2012.

The Indonesian navy has insisted the sub was in good condition but an oil slick where it is thought the vessel submerged has raised concern that the fuel tank may have been damaged.

“We have found several pieces and parts that are believed to be parts or components that are attached to the submarine that would not come out of the ship if there had not been pressure from outside or a crack in the torpedo launcher,” said Navy Chief of Staff Yudo Margono.

Among the items recovered was a bottle of grease for lubricating the periscope. They were found in a 10-mile (16km) radius where no other ships had passed.

There has been an international effort to locate the navy boat. (Courtesy BBC Sport)