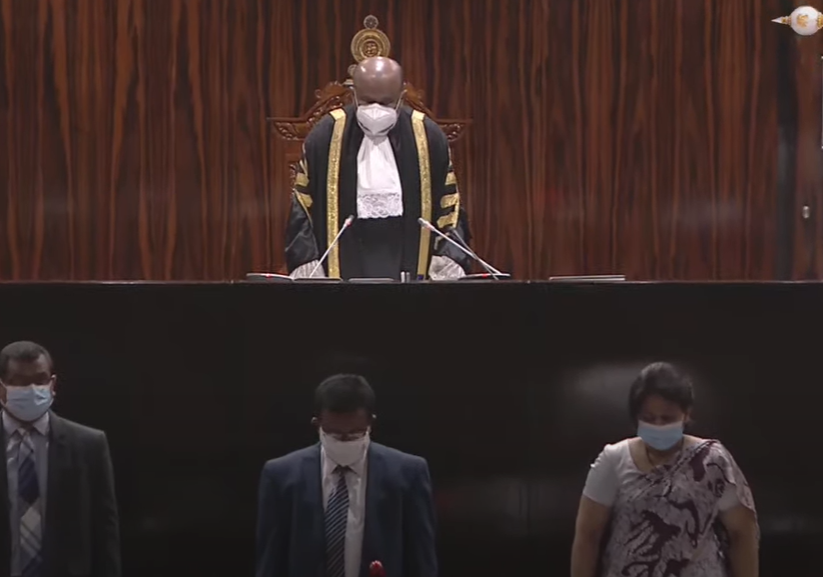 Parliament today observed one-minute silence for the victims of the 2019 Easter Sunday attacks.

The one-minute silence was observed after Prime Minister Mahinda Rajapaksa made a special statement in Parliament today.

In his statement to Parliament today, the Prime Minister assured justice for the victims of the deadly attacks.

He said that legal action is being taken based on the report of the Presidential Commission on the Easter Sunday attacks.

The Prime Minister said necessary measures in this regard are being taken by the Attorney General.

The Government will extend its support to initiate legal action in this regard, he vowed.

Rajapaksa pointed out that the President has enabled the Criminal Investigations Department and other investigating bodies to act in an independent manner to conduct the probes into the attacks.

He further said the Government expects the institutions to initiate legal action in the future upon completion of their separate investigations.

The lack of attention by the former Government on national security matters, and various threats to the nation due to political advantage, had resulted in the innocent public paying a price for it, the Prime Minister said.

Prime Minister Rajapaksa pointed out that certain groups from the former Government were carrying out false propaganda with misinformation and were misleading the public at present.

He said the Government will ensure that incidents similar to the Easter attacks will not take place in the country again.

The Prime Minister vowed to bring before law those responsible for the Easter Sunday attacks in 2019.

Over 260 people, including foreigners, were killed in the attacks targeting churches and hotels. (Colombo Gazette)