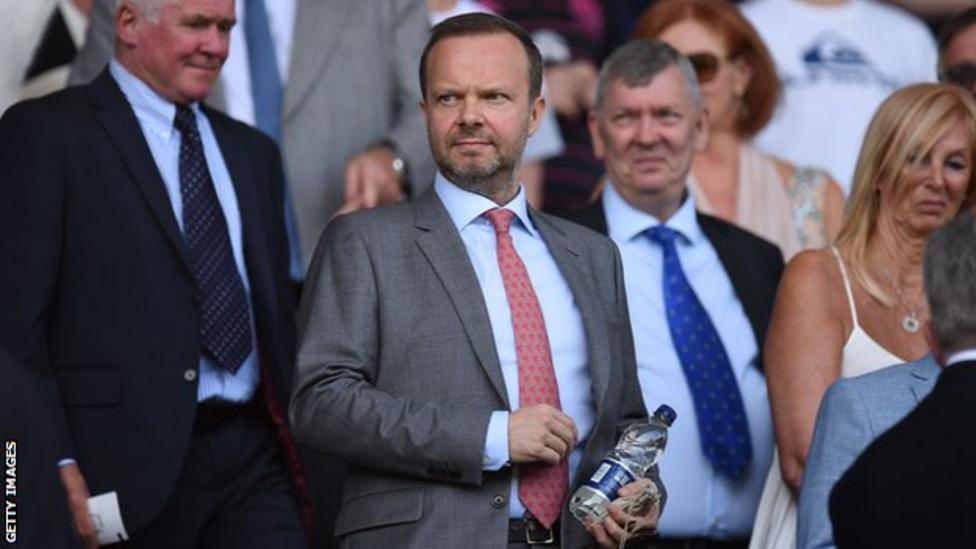 Manchester United executive vice-chairman Ed Woodward will step down from his role at the end of 2021.

The announcement came before Manchester United, along with the other five Premier League sides involved in the proposed European Super League (ESL), withdrew from the competition.

He was set to leave at the end of the year but the decision to announce his departure has been brought forward.

“I am extremely proud to have served United and it has been an honour to work for the world’s greatest football club for the past 16 years,” said Woodward.

“The club is well positioned for the future and it will be difficult to walk away at the end of the year.”

After plans for the ESL were announced on Sunday, Woodward stepped down from his role on Uefa’s Professional Football Strategy Council.

Woodward had significant input into the discussions around a revamped Champions League on Friday.

Uefa had hoped the new 36-team Champions League, which was agreed on Monday, would stave off any breakaway Super League, but the controversial competition was announced on Sunday.

Uefa president Aleksander Ceferin was critical of Woodward, saying that the United man was “very satisfied” with the reforms when they last spoke on Thursday evening.

Ceferin added that Woodward only wanted to to discuss financial fair play but “obviously he already signed something else”.

Manchester United co-chairman Joel Glazer was set to be a vice-chairman of the Super League.

BBC Sport has been told the agreement between Woodward and owners the Glazer family is amicable and there has been no falling out.

The announcement was brought forward because of the prospect of leaks.

“On behalf of everyone at United I would like to place on record our sincere thanks for his tireless work and dedication,” said Joel Glazer.

“His contribution to the club has been massive, and he will always be welcome at Old Trafford as a part of the Manchester United family.”

The move will sever long-standing ties between Woodward and the Glazer family.

Woodward played a major role in getting their controversial takeover completed in 2005.

However, after replacing David Gill as chief executive in 2013, he has been heavily criticised for the club’s failure to challenge for the Premier League title and an, at times, shambolic transfer policy.

Woodward took the decision to sack David Moyes less than a year into his six-year contract as Sir Alex Ferguson’s successor.

Current manager Ole Gunnar Solskjaer was appointed in December 2018 and Woodward has stood by the Norwegian despite inconsistent form.

“I am particularly delighted with the progress the players have made under the astute leadership of Ole Gunnar Solskjaer and his coaching team in the last two years,” added Woodward.

“I am sure that with the changes we have made on-field and to the coaching and football staff in recent years this great club will soon be lifting silverware again. It deserves to.”

Woodward’s home in Cheshire was attacked by a group chanting that he was “going to die” in January 2020, though Woodward was not at home at the time. (Courtesy BBC)