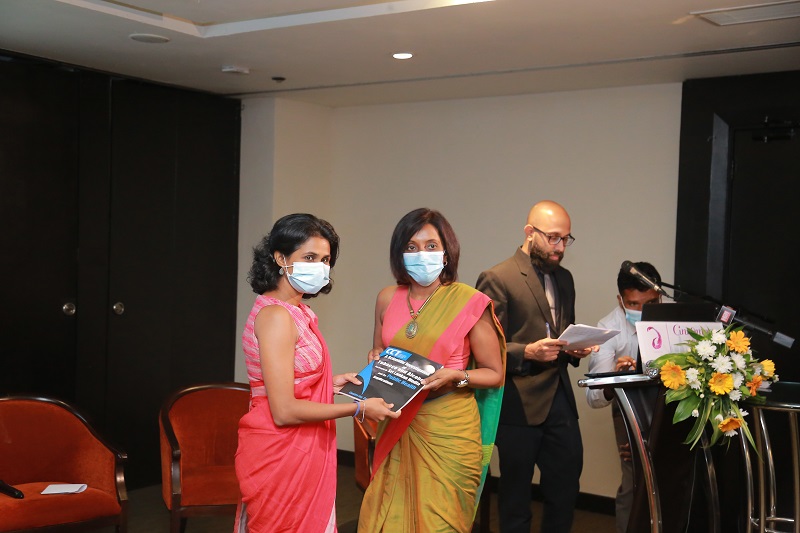 A report titled A Scientific investigation of tobacco and alcohol portrayal in Sri Lankan media and its public health implications was launched on the 30th of March 2021 at the Cinnamon Grand Colombo.

The research study was conducted by the Centre for Combating Tobacco, the Sri Lankan tobacco observatory hosted by the Faculty of Medicine of the University of Colombo. The launch was presided by the Vice Chancellor of the University of Colombo, Prof. Chandrika Wijeyaratne, Dean Faculty of Medicine, Prof. Vajira Dissanayake and Director Non-Communicable Disease Unit of the Ministry of Health and Indigenous Medicine, Dr. Vindya Kumarapeli. The Director for CCT, Dr Mahesh Rajasuriya, Deputy Director and Editor Dr. Manuja Perera and the research team delivered useful and timely findings regarding the influence of tobacco and alcohol industry on media as well as its public health impact.

The NATA Act No. 27 of 2006 imposes legal restrictions on tobacco and alcohol advertising and promotion on media and the internet.  Despite this ban, tobacco and alcohol content appear in different forms of traditional and social media in attractive ways.

YouTube and Facebook content were also found to heavily portray tobacco and alcohol use. Promotional, educational or brand advertising type of content frequently appear on social media. In terms of tobacco and alcohol portrayal in social media, tobacco portrayal content focused more on depicting actual or implied use of cigarettes, while, quite interestingly, alcohol portrayal content focused mostly and consistently on specific brand appearance. This raises an important speculation towards the influence of the industry in Sri Lanka, where tobacco is controlled by a monopoly, hence portrayal revolves around promoting smoking, while alcohol market is diverse therefore its portrayal is focused on branding.

There is definitive evidence to state that substance use is sensationalised and normalised among young men and women through portrayal in movies and television series. The key revelation was the excessive focus on female smoking and drinking in movies, and conspicuous substance use among young people on media.

Based on the scientific evidence that highlights how young people are influenced by what is viewed on media, the findings of this study are alarming. Legal restrictions do not seem to be adequately enforced regarding this issue. The heavy tobacco and alcohol presence in media will have major implications on the future generations of Sri Lanka.

Such influenced persons, manipulated by the industry, engage user generated content and/or industry generated content, without payment, leading to a wider reach and enhanced engagement with more users, especially on social media

With tobacco and alcohol advertising and promotions being rampant on media and social media, making healthier choices become increasingly hard for the young and old alike, violating the fundamental right of a person to protect his/her health.

The Centre for Combating Tobacco recommends that the media plays a more conscious role in reducing the potential harms of depicting substance use, especially considering its harm to the younger generations.

This study also calls for the urgent and prompt legal action against the violations of the NATA Act. No 27 of 2006 and also for the precise implementation of the WHO Framework Convention on Tobacco Control. The government also needs to identify industry interference as a major determinant which contributes to the prevalence of smoking and drinking.

The Centre for Combating Tobacco invites the public to engage with TobaccoUnmasked Hotspots, a free mobile app which allows the public to report violations of the NATA Act and be a part of their Community Driven Tobacco Surveillance System (CDTSS). These reports are frequently complied and reported to authorities and used to lobby for prompt action.

Finally, the research team calls for all stakeholders to come together to provide an environment where young people of Sri Lanka can make healthy choices without being influenced by vested interests of the industry.