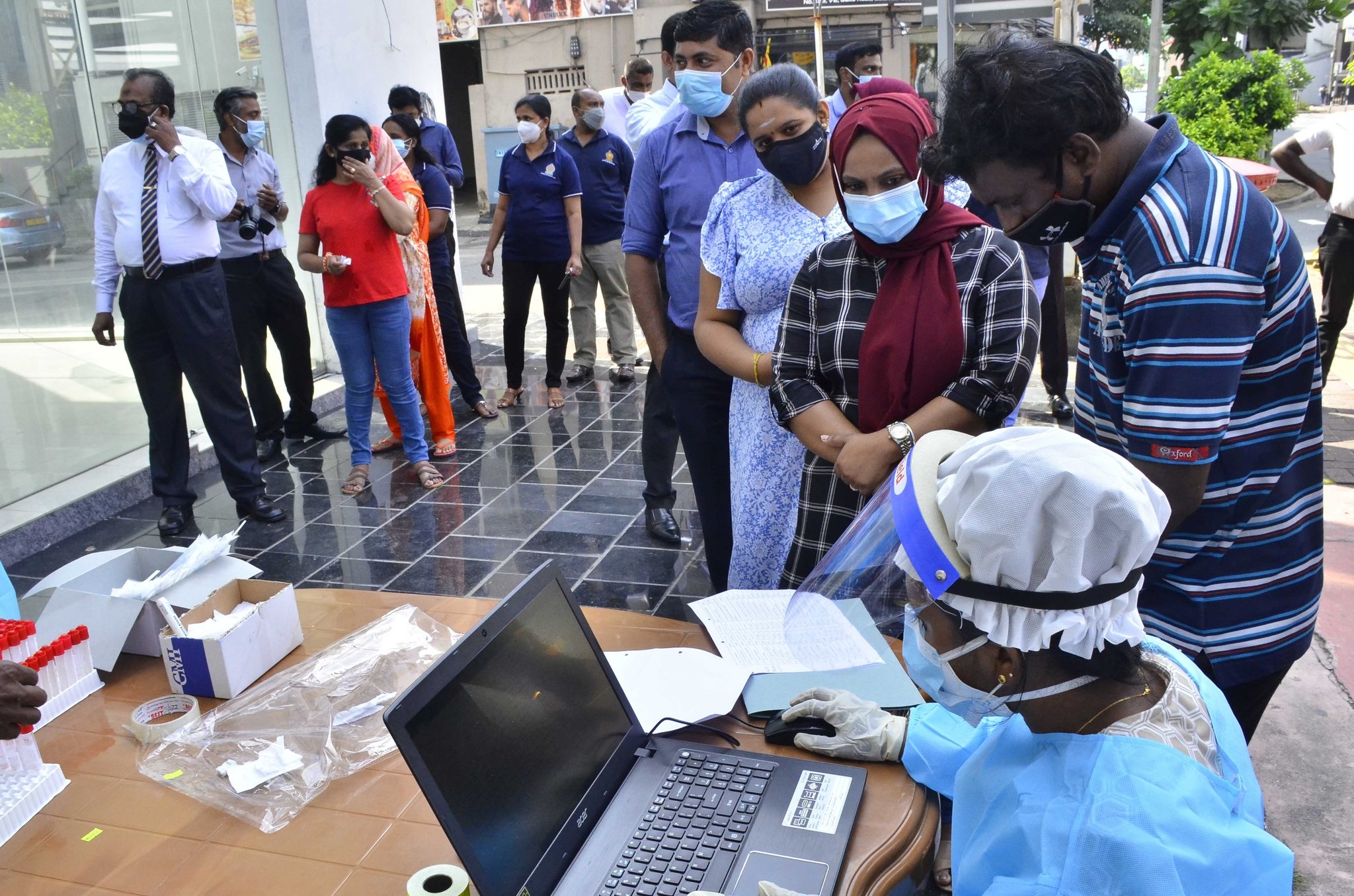 The National Operations Centre for the Prevention of COVID-19 (NOCPC) said 63 Covid infected individuals were detected from Colombo in the 24-hour period ending at 06am today.

The Centre further said 41 Covid infected people were detected in the Gampaha District, 50 in Kurunegala, 30 in Puttalam, 18 in Kalutara, 15 each in Ratnapura and Jaffna, 13 in Galle, and 11 in Kandy.

In Colombo, the highest number of Covid cases were found in Colpetty, consisting of 10 infected individuals, followed by nine from Mulleriyawa, eight from Avissawella, and six each from Fort and Welikada.

Five were detected from Homagama, four each from Athurugiriya and Nawagamuwa, three each from Borella and Maharagama, two from Bambalapitiya, and one each from Moratuwa, Mount Lavinia, and Narahenpita,

Meanwhile, 25 infected individuals were detected from Negombo in the Gampaha District, making it the highest detection from the District during this period.

The highest number of infections in the Kurunegala District were reported from the Kuliyapitiya area, with 40 infected people.

The detections were made after the health authorities conducted 4,286 PCR tests yesterday alone.

The NOCPC said 10,500 people are undergoing quarantine at 104 quarantine centres located across the country.

The death toll due toCOVID-19 in Sri Lanka has risen to 618 after one more death from Pitabeddara was reported yesterday. (Colombo Gazette)