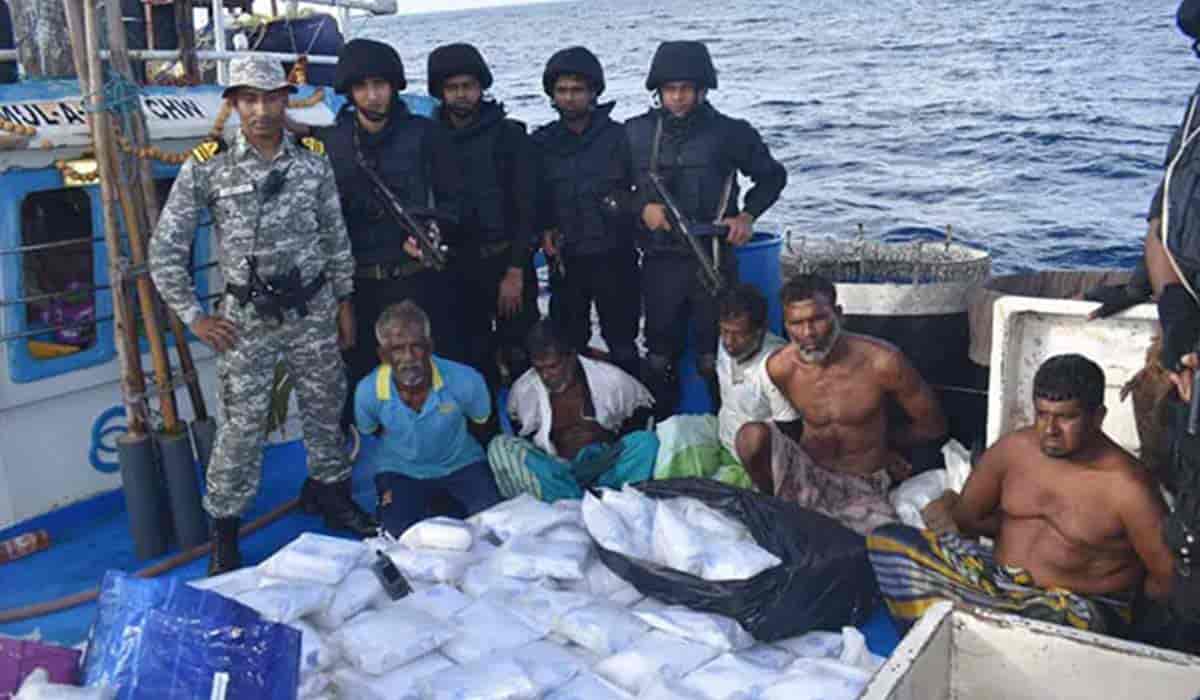 Five Sri Lankans have been arrested at sea by India with 340 kg of heroin.

Officials said the Indian naval ship Suvarna intercepted the Sri Lankan boat “DU Shashila” in the high seas of the Indian Ocean on suspicion of drug trafficking and brought the boat to Kochi’s Mattancherry Wharf for an extensive search by the NCB.

The Economic Times quoted a Defence spokesman as saying the Indian Naval Ship ‘Suvarna’ whilst on surveillance patrol in the Arabian Sea, encountered the fishing vessel moving around in a suspicious manner.

“This is a major catch, not only in terms of the quantity and cost, but also from the perspective of disruption of the illegal narcotics smuggling routes, which emanate from the Makran coast and flow towards the Indian, Maldivian and Sri Lankan destinations,” he said.

Apart from the human costs from drug addiction, the spoils of the narcotics trade feed syndicates involved in terrorism, radicalisation and criminal activities, the spokesman added. (Colombo Gazette)