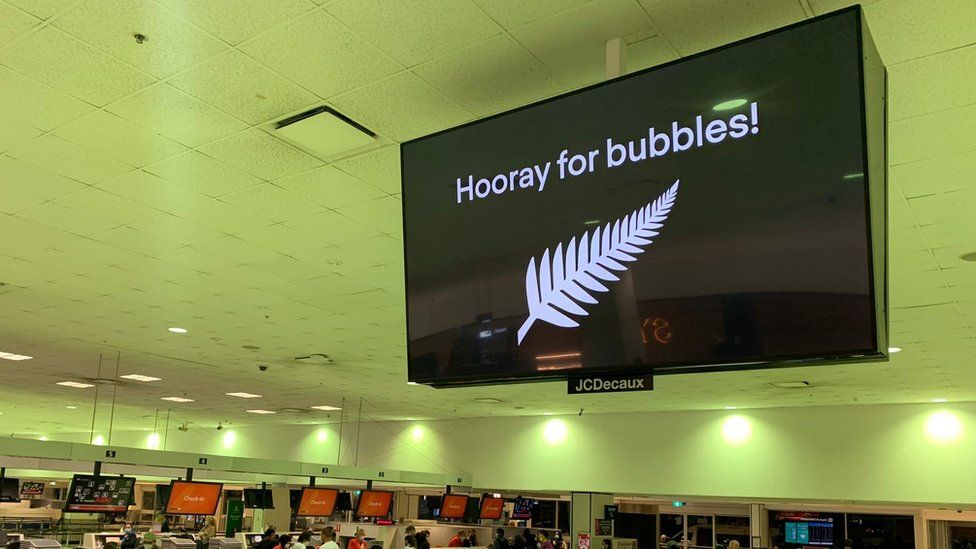 Australian and New Zealand residents can travel freely between the two countries for the first time in more than year, after a travel bubble opened on Monday.

The long-awaited initiative removes the need for visitors to quarantine.

Both countries have contained Covid outbreaks and kept infection rates low, in large part due to hard borders.

Excited passengers crowded Australian airports ahead of reunions with family and friends.

Thousands of people are expected to travel on Monday with some rising before dawn to get ready to board.

“I didn’t realise how emotional I was going to be today,” passenger Dawn Tratt told the BBC at Sydney airport.

Airlines Qantas, Jetstar and Air New Zealand will all fly routes between the two countries.

Australia and New Zealand shut their borders in March last year and brought in compulsory quarantine for returning nationals.

Since October, New Zealand travellers have been allowed to enter most Australian states without quarantine, though this had not been reciprocated amid concerns about sporadic Covid outbreaks.

“It is truly exciting to start quarantine-free travel with Australia. Be it returning family, friends or holiday-makers, New Zealand says welcome and enjoy yourself,” Ms Ardern said.

The country relies on Australia for 40% of its international tourism, injecting about NZ$2.7bn (£1.4bn, $1.9bn) into the economy.

In the other direction, New Zealanders accounted for 1.3 million arrivals to Australia in 2019, contributing A$2.6bn (£1.46bn; $2bn) to the Australian economy.

Still, the leaders warned the trans-Tasman travel bubble will be under “constant review” given the risks of quarantine-free travel.

Both nations have won praise for their handling of the Covid pandemic. Strict border controls and snap lockdowns are among the measures that have keep infection rates low. Australia has recorded 910 deaths, and New Zealand 26 deaths.

Despite its success in containing outbreaks, the Australian government is facing growing criticism over delays in its Covid vaccination rollout. The country has fallen far behind other nations and failed to meet its immunisation targets. The delays are likely to slow any further easing of border restrictions. (Courtesy BBC)