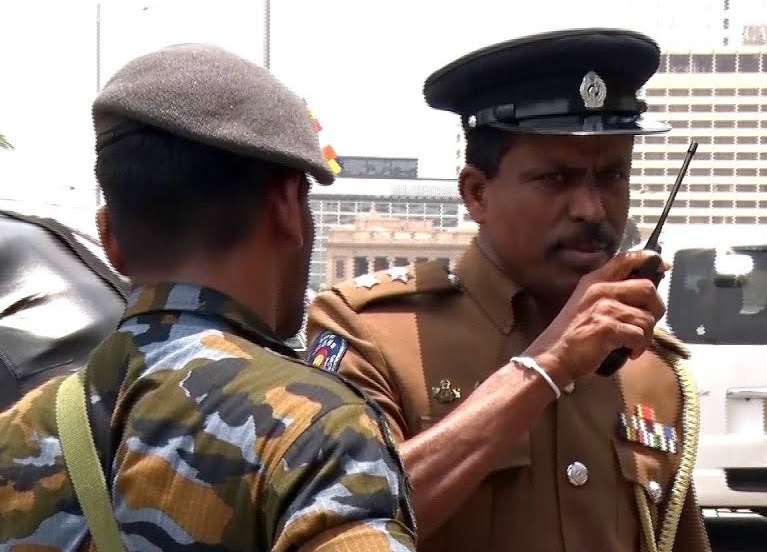 Concerns have been raised over moves to provide Chinese communication facilities to the Sri Lanka Police, the Sunday Times reported today.

According to the Sunday Times, the Chinese Government is to provide a grant to Sri Lanka to improve the communication facilities for the Police.

As part of the Chinese grant, a widely used communication facility known as TETRA — Terrestrial Trunked Radio — will be provided to the Police to improve communication between senior officers and police stations. It also provides for tabs to support the body cameras which will be initially available for police stations in the Western Province where a base station will be set up.

The grant will be officially provided when the Chinese State Councillor and Defence Minister General Wei Fenghe visits Sri Lanka later this month.

The TETRA Communication system will also be initially available in the Western Province where the Inspector General will be able to address separate groups such as Deputy Inspectors General and officers in charge of police stations.

However, it was not clear how the Police would expand the use of the particular network to the rest of the country.

The Chinese capital widely uses this network and it is the biggest city-wide TETRA network in the world that serves 110,000 authority users in Beijing.

The Beijing Government Shared Radio Network, also called the “Beijing JustTop TETRA Network”, is the largest digital trunked network in Asia and the biggest city-wide TETRA network in the world.

Meanwhile, cybersecurity professionals have expressed concerns over the system. This is because of the lack of a dedicated institutional cybersecurity agency in the country to validate these types of devices for their security vulnerabilities before using them in critical sectors such as the Police.

The Sunday Times learns there are no such institutions in the country as of now to verify whether these types of devices carry any pre-patched data for transmission or consist of privacy issues that would make the process vulnerable.

These moves come as a Government-appointed Committee is looking into the modernisation and digitalisation of activities of the Police. Five Deputy Inspectors General, representatives of the Finance Ministry and the Legal Draftsman are members of the committee.

The committee is due to submit its recommendations in 45 days.

The plan will include establishing a traffic control system and an upgraded CCTV system among others.

This is the second-highest level visit to be undertaken by a Chinese official to Sri Lanka following senior Chinese diplomat, Yang Jiechi’s visit in October last year, after the change of government in 2019.

This week the Sri Lankan government entered into an agreement with the China Development Bank for a financing facility of USD 500 million.

China insists no threat to ties with Sri Lanka

Draft bill to be prepared to introduce cyber protection laws