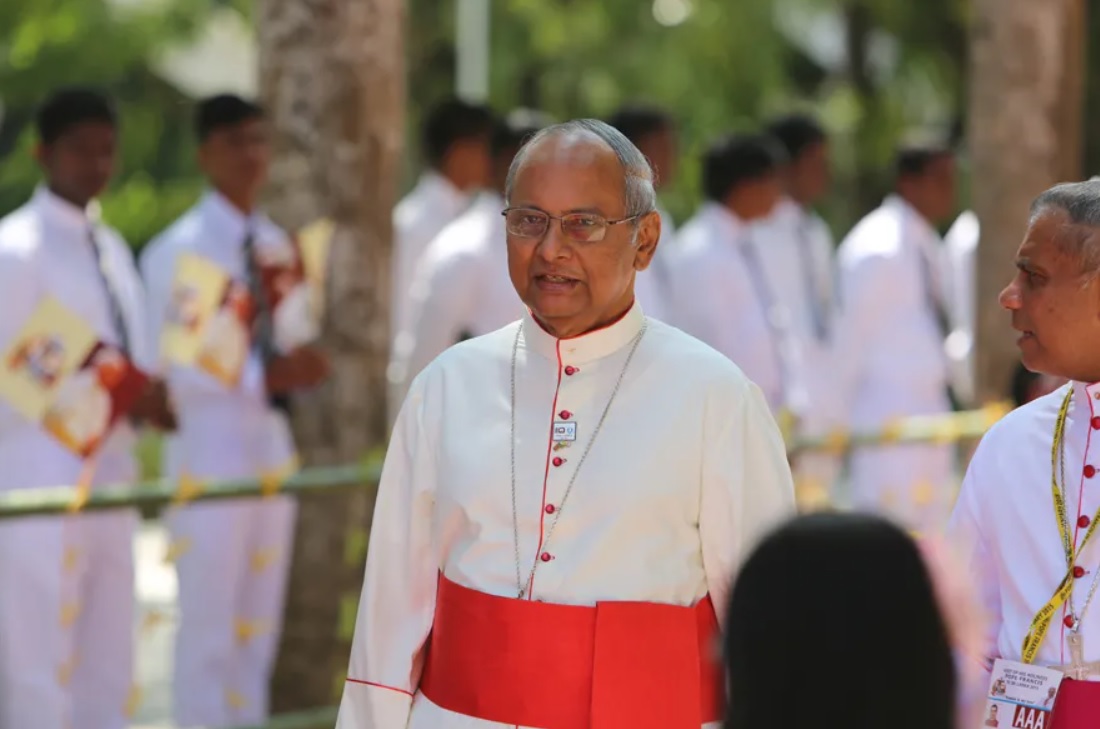 The Archbishop of Colombo, His Eminence Malcolm Cardinal Ranjith today claimed that politics was also linked to the Easter Sunday attacks.

Speaking at an event held in Borella this evening, the Archbishop said that religious extremism was not behind the Easter Sunday attacks.

He said that religious extremism was used by some to strengthen their political future.

He appealed to the public to not use religion, race or language to harass another person.

The Archbishop also said that people’s lives should not be used to strengthen ones future.

He further requested the public to observe two minutes silence at 8.45 am on 21st April as a mark of respect for the victims of the Easter Sunday bomb attacks.

His Eminence Malcolm Cardinal Ranjith expressed these views after opening a monument at the Borella cemetery to commemorate the victims of the Easter Sunday attacks.

Over 250 people including 45 foreigners were killed when suicide bombers attacked two Catholic churches and a Protestant church during Easter worship services in multiple cities on 21 April 2019, as well as three five-star hotels in Colombo. More than 500 people were injured in the attacks.

The Islamic State was accused of having links to the attacks while the former Government was also accused of failing to prevent the bombings. (Colombo Gazette)