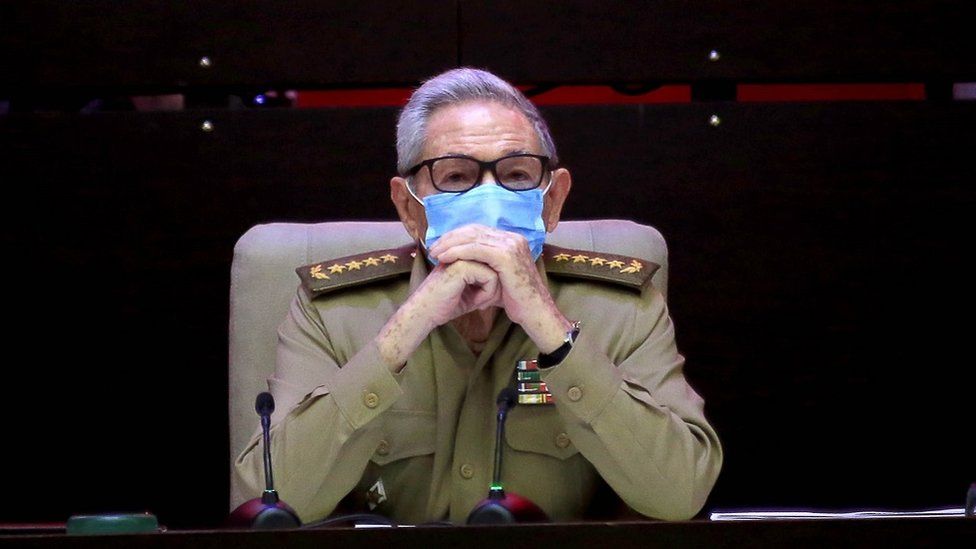 Mr Castro, 89, told a party congress that he is handing over the leadership to a younger generation “full of passion and anti-imperialist spirit”.

His successor will be voted in at the end of the four-day congress.

The move, which was expected, ends the era of formal leadership by him and his brother Fidel Castro, which began with the 1959 revolution.

“I believe fervently in the strength and exemplary nature and comprehension of my compatriots,” he told party delegates in Havana on Friday.

Although Mr Castro has not endorsed a successor, it is widely believed the party leadership will pass to Miguel Díaz-Canel, who took over as the island’s president in 2018.

His retirement means that for the first time in six decades Cuba will not have a Castro formally guiding its politics.

Raúl has been the party’s secretary-general since succeeding his older brother, Fidel, in 2011.

Fidel Castro led the communist revolution that toppled the Cuban government in 1959, when Raúl served as one of his commanders.

Fidel Castro was the country’s leader until falling ill in 2006 and in 2008 handed over the presidency to his brother. Fidel Castro died in 2016.

He oversaw an improvement in relations with United States between 2014 and 2016, including historic talks with President Barack Obama in 2016.

But tensions worsened under Donald Trump, who reinforced sanctions.

Current US President Joe Biden has vowed to relax some of Trump’s sanctions, although the White House said on Friday a shift in Cuban policy was not one of his top priorities.

At the congress on Friday, Raúl Castro said his country was willing to “develop respectful dialogue” with the United States but it would not accept having to make “concessions” regarding its “foreign policy and ideals”. (Courtesy BBC)