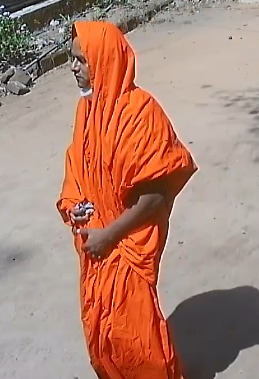 The Police have launched a search operation for a fake monk who had fled into a forest area in Meegalewa.

Police Spokesman, Deputy Inspector General (DIG) Ajith Rohana said that the man dressed in robes had visited a Buddhist Temple in the area.

The Chief Incumbent of the temple had attempted to question the man in robes after being suspicious of his behaviour.

The man had, however, fled into a forest area situated in close proximity to the temple.

The Police and villagers launched a search operation to locate the man but have yet to find him.

DIG Ajith Rohana said that it is suspected the man had attempted to commit a crime before he was questioned by the Chief Incumbent of the temple.

The Police have sought public assistance to locate the man. (Colombo Gazette)