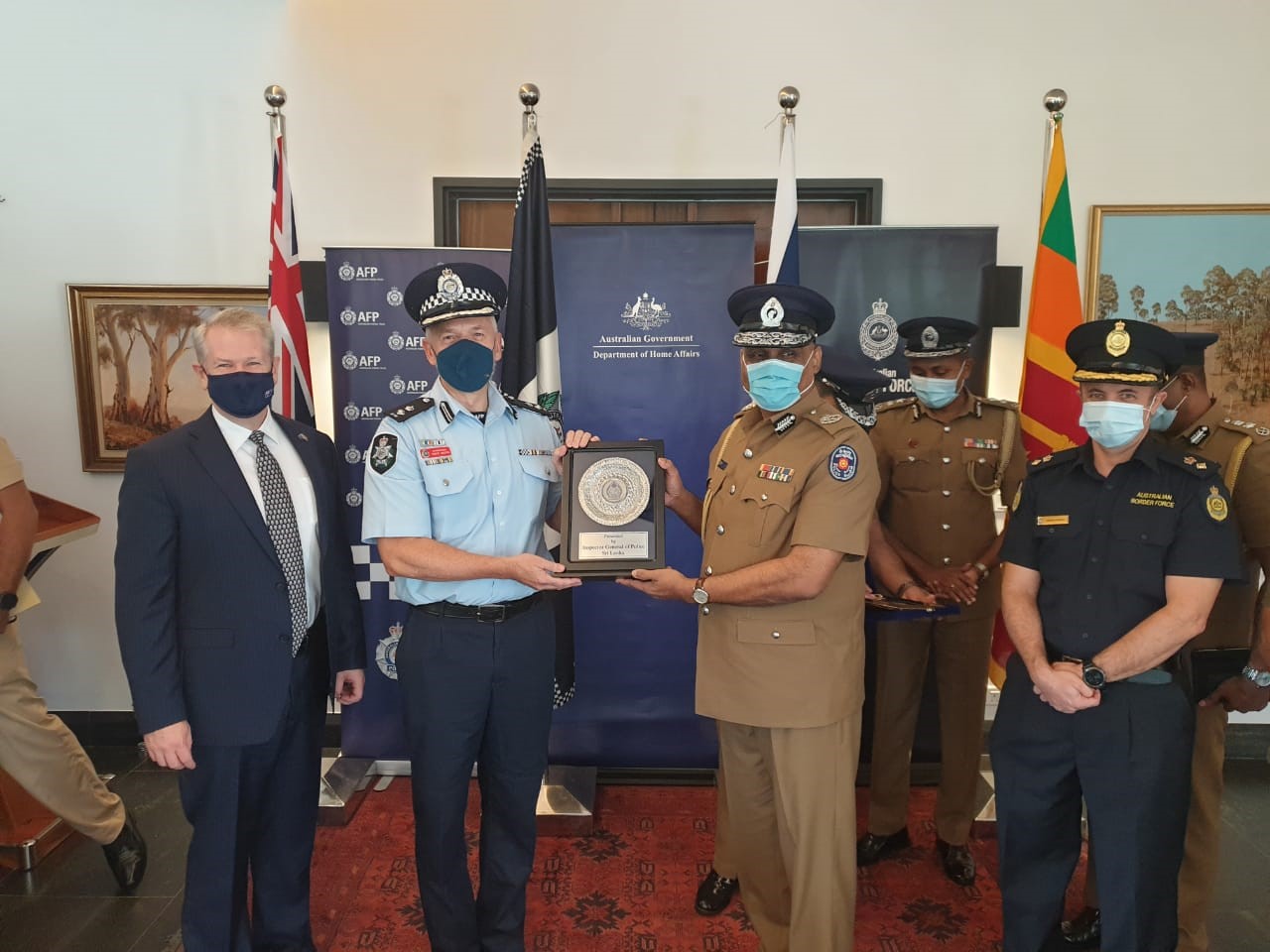 At a virtual ceremony on 8 April 2021, the Commander of the Joint Agency Task Force, along with the Australian Federal Police gifted the Sri Lankan Police five aerial drones to support crime fighting in Sri Lanka.

The drones will be used in a wide range of activities including natural disaster scene assessment and recovery, transnational crime investigation and to counter maritime people smuggling.

“I would like to take this opportunity to thank the Sri Lankan Police for their continued efforts to deter and disrupt illegal maritime people smuggling activities in Sri Lanka,” Rear Admiral Hill said.

“Working together, Australia and Sri Lanka send a strong message that people smugglers and potential illegal immigrants considering illegal travel to Australia by boat have zero chance of success.”

Sri Lanka Police, Inspector General of Police Mr C.D Wickramaratne, said that ‘as Sri Lanka and Australia, geographically speaking, are regional neighbours we value and treasure our coordination and friendship along with the numerous forms of support rendered to us by Government of Australia”

“We have been honoured yet again by a lavish donation of sophisticated drone technology to the Sri Lanka Police Force. This donation has a vast scope of application in the field of traffic monitoring, search and rescue, surveillance, and operations relating to counter people smuggling, crime and environmental protection,” he said.

“We’re proud to have strong domestic and international partnerships that provide policing support to the region.”