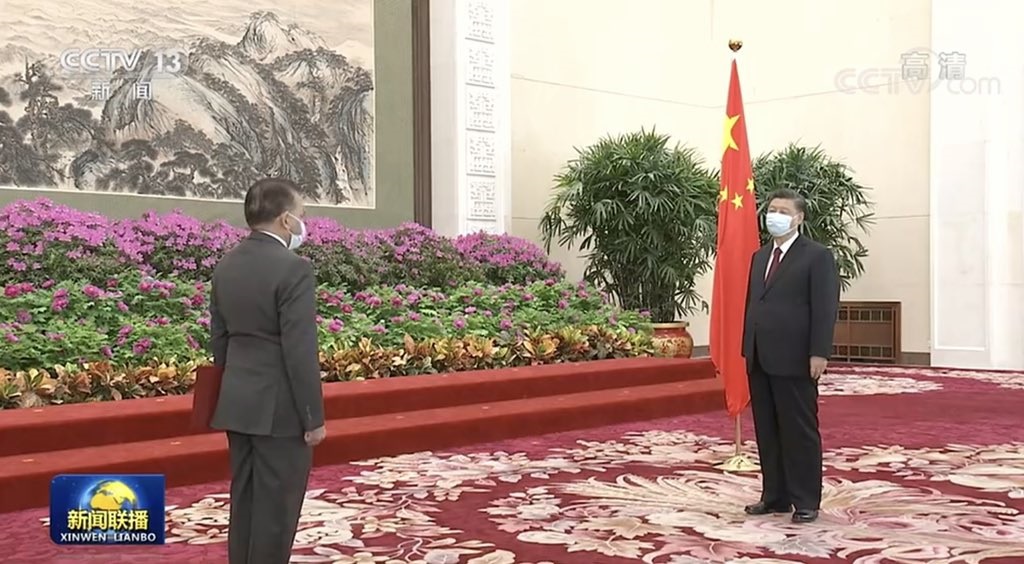 President Xi Jinping received the credentials of new ambassadors to China from 29 countries at the Great Hall of the People in Beijing.

President Xi asked the ambassadors to convey his greetings to their State leaders.

He hailed the friendly cooperation between the Chinese people and people in their countries in fighting COVID-19 over the past year.

This year marks the 100th anniversary of the founding of the Communist Party of China, he noted. It is also the first year of China’s 14th Five-Year Plan (2021-2025), which marks a new journey toward socialist modernization, he said.

The new development philosophy features innovative, coordinated, green, open and shared development. The country has also decided to nurture a new development paradigm of “dual circulation,” in which the domestic and overseas markets reinforce each other.

The Chinese president reiterated China’s commitment to upholding the multilateral trading system, improving the global governance system and building a community with a shared future for mankind.

He expressed confidence that next year Beijing will host a Winter Olympic Games under the guiding principles of “simplicity, safety and excellence,” overcoming impacts caused by COVID-19.

The Chinese people always cherish friendship and love peace and are willing to deepen friendship, strengthen mutual trust and expand cooperation with people in their countries on the basis of equality and mutual benefit, President Xi told the ambassadors, calling for high-quality development of the Belt and Road.

Proposed by Xi in 2013, the Belt and Road Initiative comprises the Silk Road Economic Belt and the 21st Century Maritime Silk Road, and aims to build trade and infrastructure networks connecting Asia with Europe and Africa along and beyond the ancient Silk Road routes.

He called on the ambassadors to make contributions to the development of bilateral ties between China and their respective countries as well as the UN’s cooperation with China. (Colombo Gazette/CGTN)