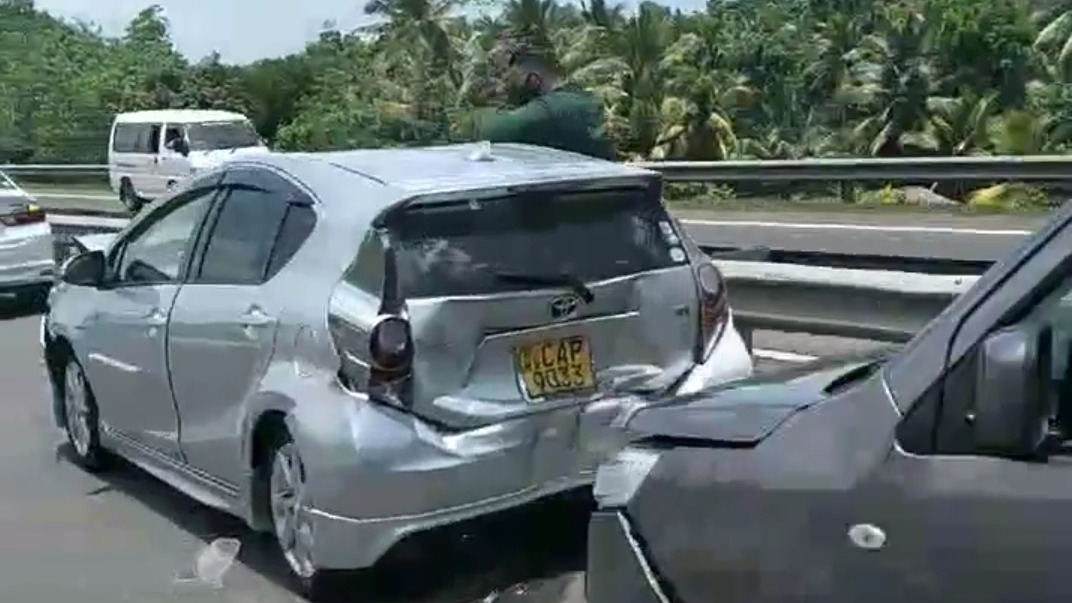 The Police said that at least one person suffered minor injuries in the accident.

Police Spokesman, Deputy Inspector General (DIG) Ajith Rohana said that excessive speeding was the cause of the accident involving the eight vehicles.

The accident occurred between the Gelanigama and Dodangoda interchange on the Southern Expressway.

A van, jeep and some cars were involved in the accident.

The accident resulted in one lane of the expressway being closed owing to traffic congestion which lasted for nearly two hours.

The Police eventually removed the damaged vehicles and the lane on the expressway was reopened. (Colombo Gazette)