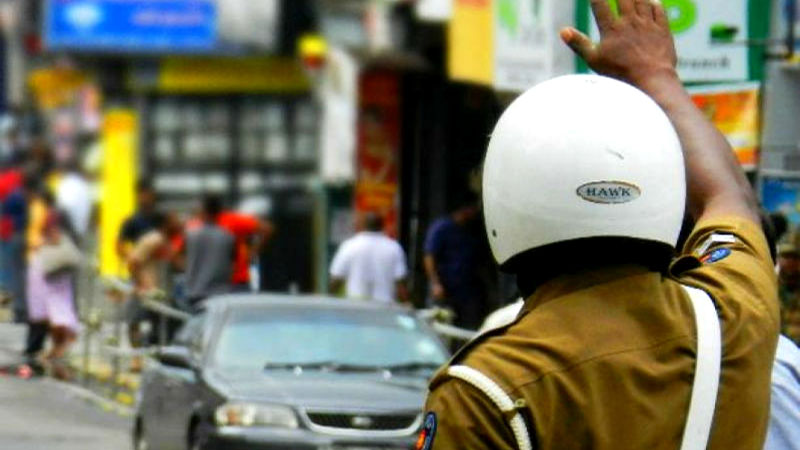 A driver assaulted a policeman at an exit of the Southern Expressway following a dispute over the seat belt.

The driver had been making an exit from the Southern Expressway at Kurundugahahetekma when he was stopped by a policeman.

The policeman questioned the driver for allegedly not wearing a seat belt.

A dispute arose over the issue between the policeman and driver.

The driver had then verbally abused the policeman and assaulted him, Police Spokesman, Deputy Inspector General (DIG) Ajith Rohana said.

The Police Spokesman said that the driver was arrested following the assault.

He was to be produced before a Magistrate and remanded.

DIG Ajith Rohana said that policemen brave the sun and rain and continue to carry out their duties, even during the Sinhala and Tamil New Year holidays, in the best interest of the public.

He said that if someone commits an offence its best to accept the mistake and seek some relief instead of assaulting a policeman.

The Police Spokesman said that if someone has a dispute over a claim made by the policeman it can be challenged in court or with senior officers.

DIG Ajith Rohana said that assaulting a policeman is a criminal offence and will not be tolerated. (Colombo Gazette)