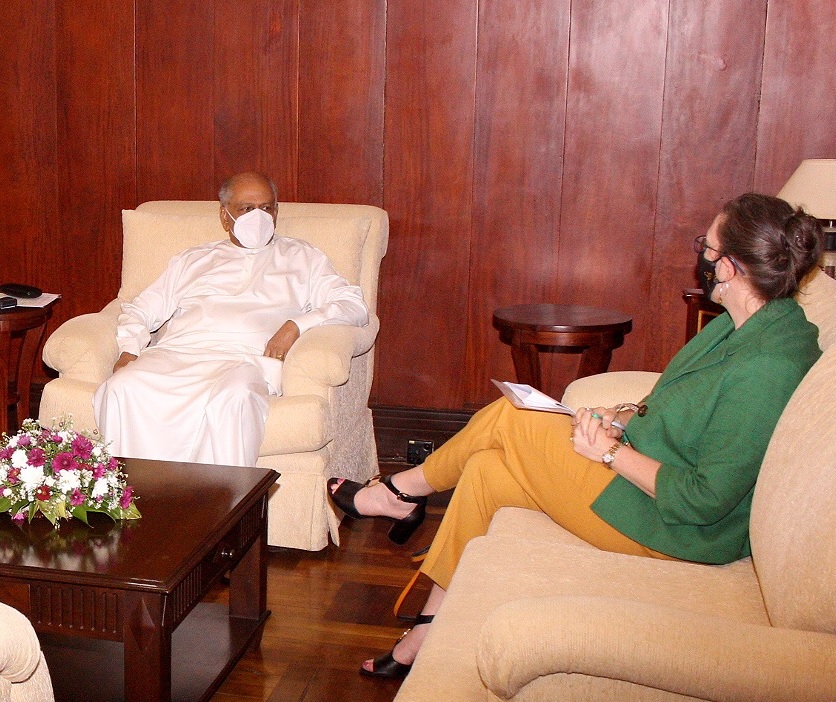 The United States and Sri Lanka are to broaden relations in multiple areas, the Foreign Ministry said today.

The Foreign Ministry said that both sides reviewed bilateral engagements, at talks held in Colombo.

Foreign Minister Dinesh Gunawardena met with the US Ambassador to Sri Lanka, Alaina B. Teplitz at the Foreign Ministry yesterday (Friday).

The Foreign Ministry said that they reviewed bilateral engagements with a view to further broadening and deepening relations between the US and Sri Lanka in multiple areas of cooperation.

“The Minister briefed the Ambassador on the various positive developments taking place in the country under the guidance of President Gotabaya Rajapaksa. They also discussed ways and means of enhancing bilateral cooperation including through development assistance. Climate change, green energy and information technology were identified as priority areas for US support,” the Foreign Ministry said.

The United States is Sri Lanka’s largest export market and accounts for nearly $3 billion of the $11.7 billion of goods Sri Lanka exports annually.

US assistance to Sri Lanka has totaled more than $2 billion since Sri Lanka’s independence in 1948.

US goods imports from Sri Lanka totaled $2.7 billion in 2018, down 6.4 percent from 2017.  US exports to Sri Lanka in 2018 were valued at $372 million, up 10.7 percent from the previous year.  The total U.S. trade deficit in goods with Sri Lanka was $2.3 billion in 2018, an 8.6 percent decrease from 2017.  U.S. imports from Sri Lanka are mostly apparel, but also include rubber, industrial supplies, gemstones, tea, and spices.  Top US exports to Sri Lanka include animal feeds, medical equipment, soybeans, plastics, dairy products, wheat, cloth, and textiles.

Sri Lanka has also received approximately $1.2 billion in lending from the IMF since June 2016 with a new disbursement of $164.1 million agreed upon in May 2019. (Colombo Gazette)