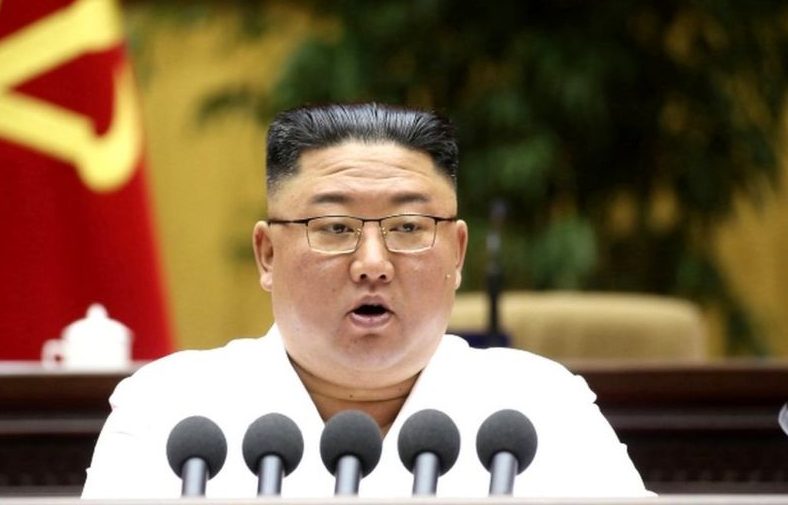 Speaking at a party conference, Mr Kim appeared to compare the situation to the devastating 1990s famine, estimated to have killed hundreds of thousands.

North Korea has shut its borders due to the coronavirus pandemic.

Trade with China, its economic lifeline, has come to a standstill.

This is on top of existing international economic sanctions over Pyongyang’s nuclear programme.

In a rare admission of looming hardship, the authoritarian leader of the single-party state on Thursday called on officials to “wage another, more difficult ‘Arduous March’ in order to relieve our people of the difficulty, even a little”.

The Arduous March is a term used by North Korea officials to refer to the country’s struggle during the 1990s famine, when the fall of the Soviet Union left North Korea without crucial aid. The total number of North Koreans who starved to death is not known, but estimates range up to 3 million.

“It is not unusual for Kim Jong-un to talk about difficulties and hardship but this time the language is quite stark and that’s different,” Colin Zwirko, North Korea analyst at NK News, told the BBC.

“Last October for instance, he gave a speech where he said that he himself failed to bring about enough changes. But mentioning explicitly that he’s decided to carry out a new Arduous March is not something he has said before.”

There have been warnings for months that the people of North Korea are struggling.

Reports of hardship appear to be coming especially from towns near the Chinese border, where smuggling would have been a huge earner for many.

The price of corn, the staple diet for most of rural North Korea, has reportedly fluctuated enormously and at times a kilogram of corn has cost more than a month’s wages. (Courtesy BBC)