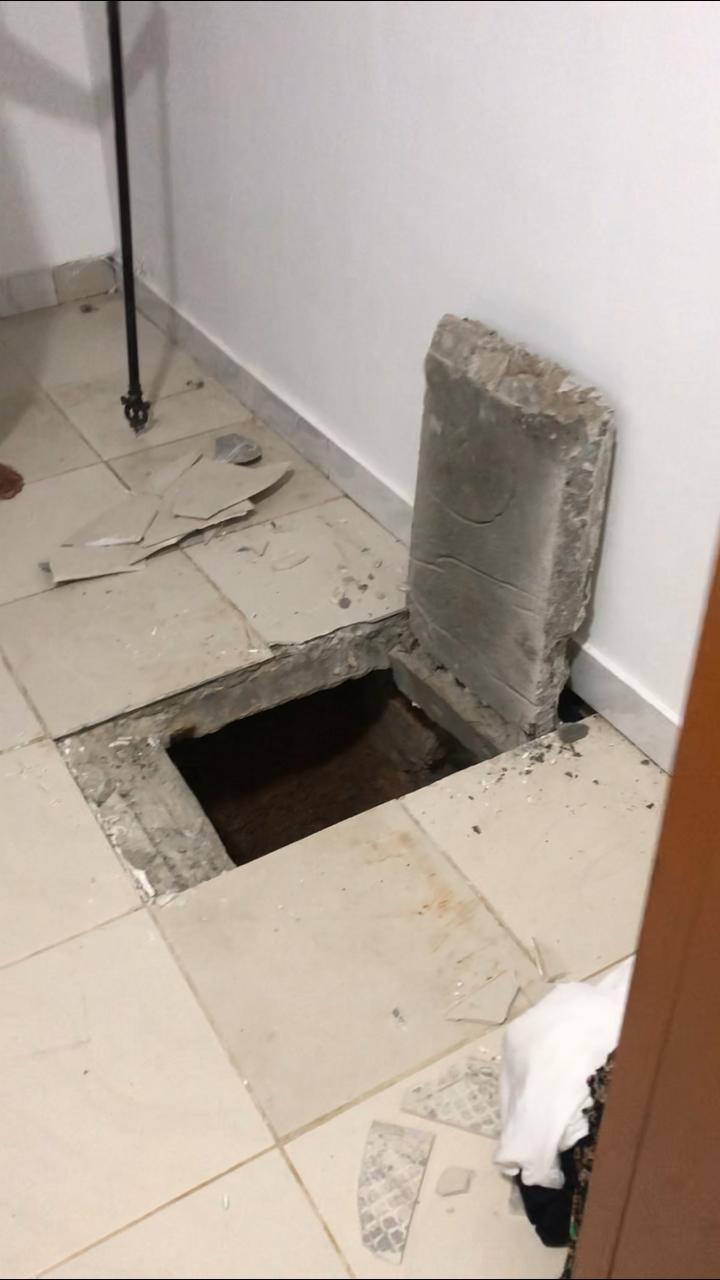 An underground bunker has been found in the house of a criminal arrested in Mulleriyawa today.

Police Spokesman, Deputy Inspector General (DIG) Ajith Rohana said that the suspect was arrested during a raid carried out by the Special Task Force (STF).

He said that 44-year old Sarath Kumara, alias Cheety, was arrested by the STF during the raid.

The suspect is believed to have been the mentor of notorious underworld leader Angoda Lokka.

He was also wanted over the discovery of a large quantity of drugs and heroin in Weligama recently.

DIG Ajith Rohana said that the criminal had been hiding inside the bunker in his house.