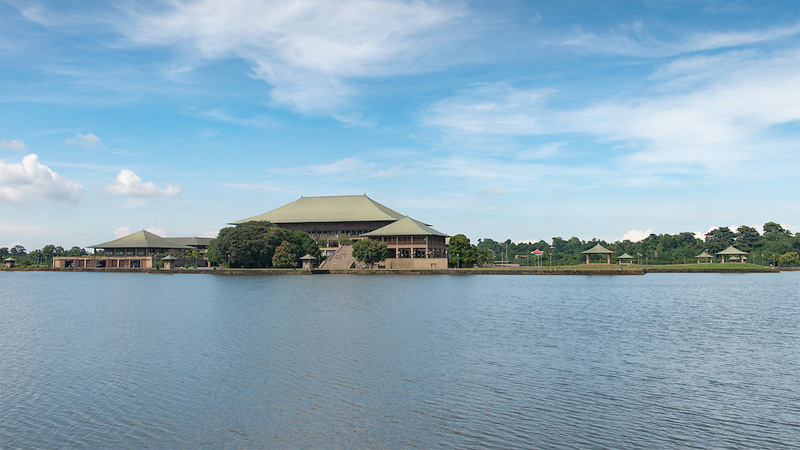 Speaking in Parliament today, Premadasa said that a number of drains and sewerage systems have been diverted to the lake surrounding Parliament.

“There is major pollution in the Diyawanna Lake,” he said.

Premadasa said that he had raised the matter earlier as well yet nothing has been done so far.

He requested Speaker Mahinda Yapa Abeywardena to inspect the lake and see for himself the destruction to the environment taking place.

Speaker Mahinda Yapa Abeywardena said that the matter has been looked into and that there is pollution taking place.

He said that the issue is being investigated and appropriate action will be taken.

Tourism Minister Prasanna Ranatunga said that the matter must be investigated and a report tabled in Parliament. (Colombo Gazette)