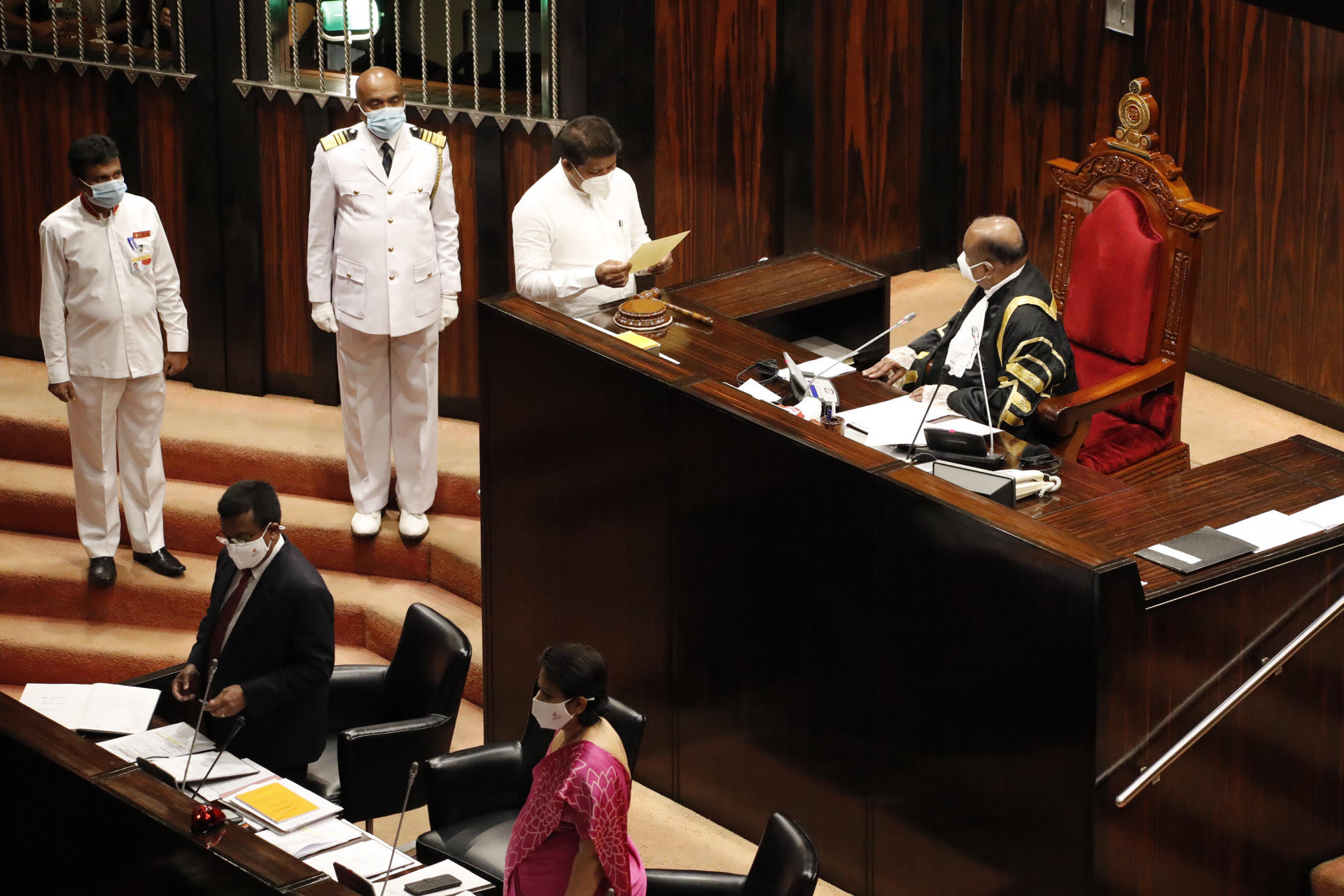 Mannapperuma replaces Ranjan Ramanayake who lost his seat in Parliament.

The opposition Samagi Jana Balawegaya protested over the removal of Ramanayake from Parliament.

Opposition MPs wore black arm bands to voice their objection to the decision taken by the Speaker to remove MP Ramanayake’s Parliamentary seat.

Opposition Leader Sajith Premadasa accused Speaker Mahinda Yapa Abeywardena of being part of a conspiracy to remove Ramanayake from Parliament.

The Speaker announced earlier that MP Ramanayake’s seat has been rendered vacant following his conviction on charges of contempt of Court.

The Court of Appeal thereafter rejected a petition filed by Ramanayake seeking an order to prevent the removal of his Parliament seat. (Colombo Gazette)