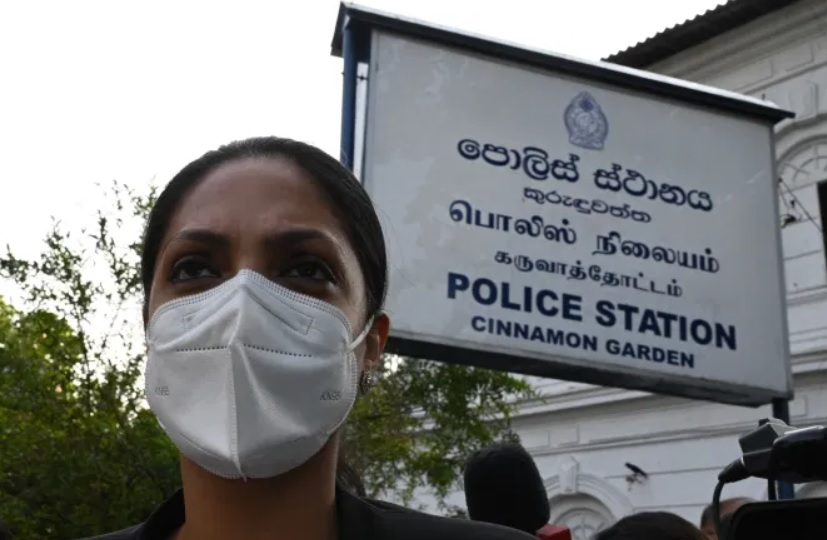 Reigning Mrs. World Caroline Jurie and former model Chula Padmendra have been arrested over the incident that occurred during the Mrs. Sri Lanka for Mrs. World pageant, the Cinnamon Gardens Police said.

The Police said that Jurie and Padmendra have been arrested on three counts.

The National Director for Mrs. Sri Lanka for Mrs. World Chandimal Jayasinghe told Colombo Gazette that the two women were arrested after statements were recorded at the Cinnamon Gardens Police today.

He said the pageant winner Pushpika De Silva had initiated legal action against the two women for uncrowning her at the final over allegations she was divorced and not eligible to contest.

Jayasinghe said Jurie, Chula, Pushpika and he had arrived at the Cinnamon Gardens Police today to record statements over the incident.

The Mrs. Sri Lanka for Mrs. World Pageant ended in controversy after Jurie uncrowned the winner of the pageant Pushpika De Silva and crowned the first runner-up.

Jurie’s actions, which were supported by Chula Padmendra, had been carried out based on allegations that Pushpika was a divorcee, and hence is not suitable to contest the pageant as per the regulations.

However, Pushpika had revealed she was not a divorcee and had initiated legal action against the two women.

The parties involved in the incident had recorded a statement with the Cinnamon Gardens Police on a previous occasion as well.

The organisers of the pageant had thereafter re-crowned Pushpika and presented her before the media in Colombo. (Colombo Gazette)