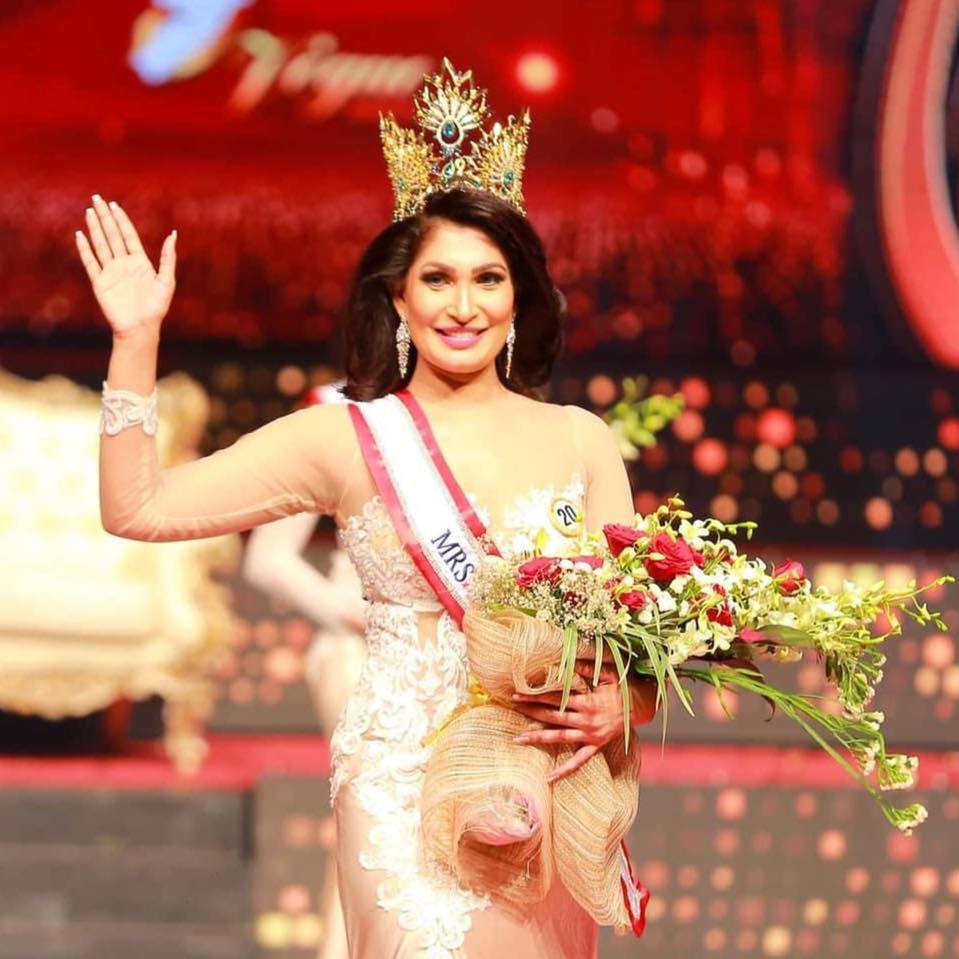 Pushpika De Silva was re-crowned as Mrs. Sri Lanka for Mrs. World as being separated from her husband or being a single mother does not disqualify her, organisers said today.

Chandimal Jayasinghe, the National Director for Mrs. Sri Lanka for Mrs. World told reporters today that he was informed by the world body that the contestant can be disqualified if she was divorced before the final of the local pageant.

“Being separated is not a reason given to disqualify a contestant,” he said.

Caroline Jurie and other parties involved in the controversy recorded statements at the Cinnamon Gardens Police today. (Colombo Gazette)