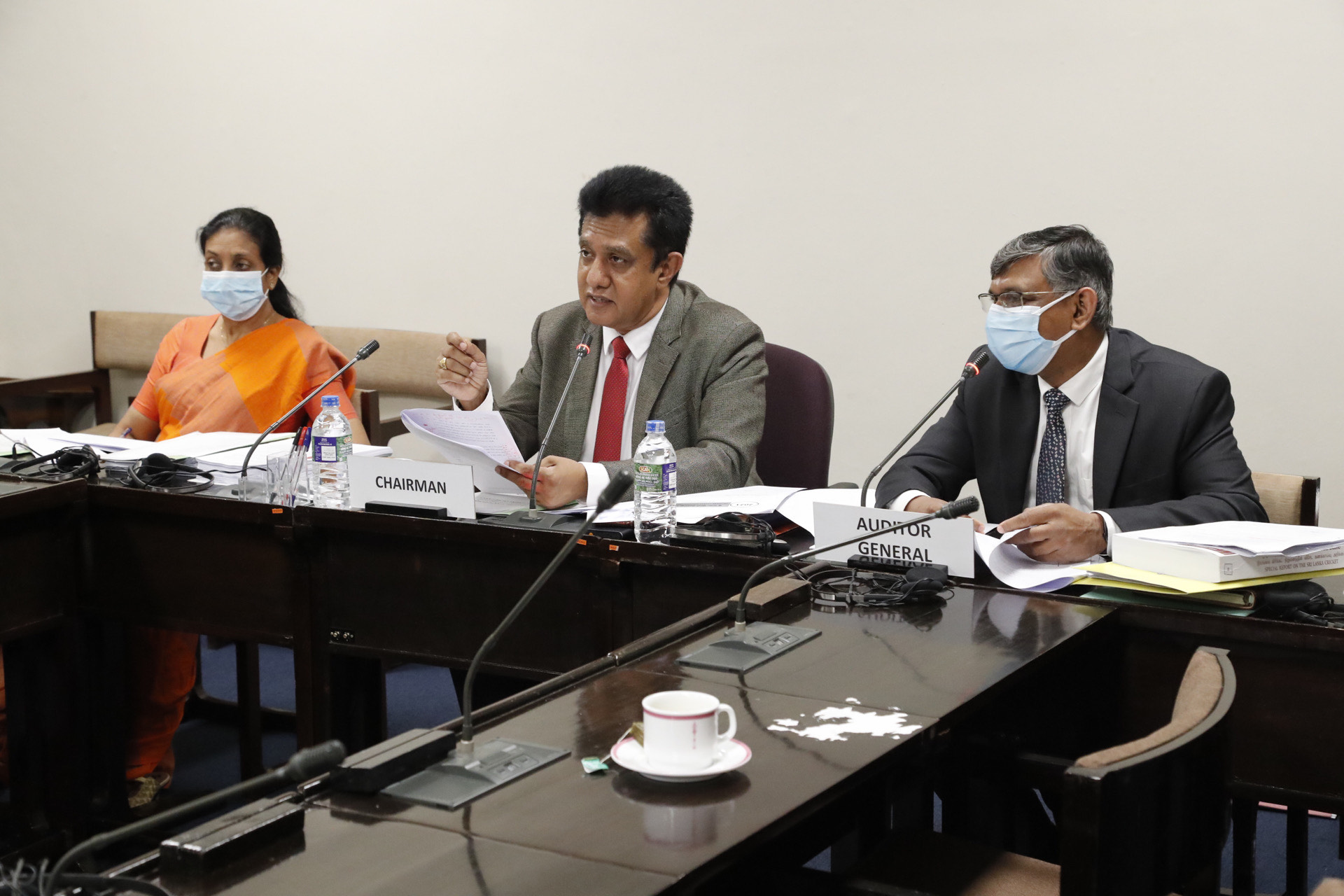 The Committee on Public Enterprises (COPE) has instructed the Secretary to the Ministry of Sports Anuradha Wijekoon to take legal action if any of the former members of the Sri Lanka Cricket (SLC) Executive Committee are found guilty.

Chairman of the Committee Professor Charitha Herath further stated that the assistance of the Attorney General could be obtained for this purpose.

The Committee also recommended that the procurement process of Sri Lanka Cricket be streamlined and that a proper system be introduced to streamline it.

It was also discussed at the committee that the intervention of the Director General of Sports should be at a higher level than the current situation.

The Committee also recommended that Sri Lanka Cricket should develop a proper format for disbursing funds to sports associations.

The Committee also directed the Ministry of Sports and the Sri Lanka Cricket to take immediate action to amend the Sports Act expeditiously.

COPE chairman Prof. Charitha Herath pointed out that the reason for the massive collapse of cricket in the country was not the fault of the players but the weaknesses of the cricket administration.

The Committee questioned the non-recovery of Rs. 29 million in revenue due for sponsorship of the South Africa-Sri Lanka Cricket tour in 2018 and the Executive Officer of SLC Ashley de Silva informed the Committee the CID has commenced an investigation into the matter. It was revealed at the meeting that the money had been deposited in the account of an American named ‘Diamond Channel’ and that investigations were focused on how it happened.

Prof. Herath instructed Secretary to the Ministry of Sports Anuradha Wijekoon to conduct an inquiry and submit its report to the Committee within three months.

It was also revealed at the meeting that Rs. 30 million has been spent to take legal action against former head coach of Sri Lanka Cricket Chandika Hathurusinghe due to the shortcomings of his agreement .

Although Rs. 132 million has been spent for the construction of a National Cricket Stadium and a Multi-Sports Complex in the Hingurakgoda area in Polonnaruwa, the Committee paid special attention to the fact that a title deed has not yet been obtained for the relevant land. The committee directed the Ministry of Sports to take immediate action to resolve the issue.

The Committee was of the view that a number of such issues have arisen in SLC due to the non-implementation of the Procurement Guidelines and that the institution should operate within an accepted framework.

Officials from the Ministry of Sports as well as officials from Sri Lanka Cricket were present at the meeting.

Although several former officials of the Sri Lanka Cricket Executive Committee were present at the Parliament premises to attend the meeting, they were not allowed to attend due to the expiration of their tenure on the previous day.