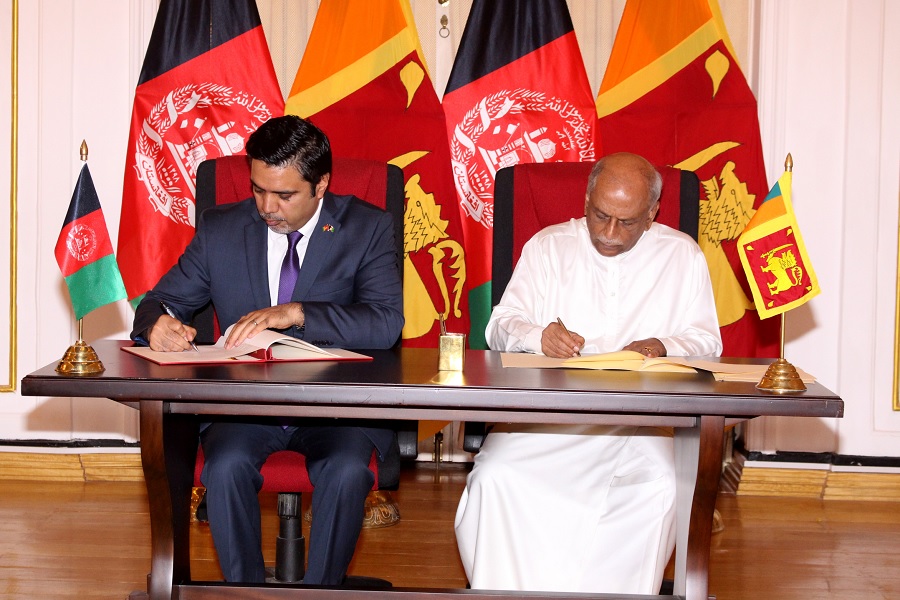 The MoU that provides for regular engagement and partnership between the two South Asian countries was signed by Foreign Minister Dinesh Gunawardena and representing the Government of Afghanistan, by Afghan Ambassador in Colombo Ashraf Haidari.

Under the MoU, the two countries expressed confidence that Sri Lanka – Afghanistan bilateral partnership will grow further through active facilitation by both Foreign Ministries, thus enabling a yearly review of the whole gamut of bilateral relations.

This would cover areas such as political, economic, security, culture, health, social, people – to –people contacts and other areas of common interest including regional cooperation.

The two sides agreed to further enhance bilateral relations and to hold an inaugural session of the Political Consultations at a mutually convenient time in the near future. Close cooperation in economic and trade matters as well as connectivity with neighbours, and Members of the SAARC remains Sri Lanka’s foremost Economic Diplomacy goal.

Both sides underscored the high potential areas for bilateral trade, including tea, gem and jewellery, dry fruits, nuts and cereal and highlighted that direct air connectivity would provide both countries to have closer cooperation in tourism, cultural and social engagements.