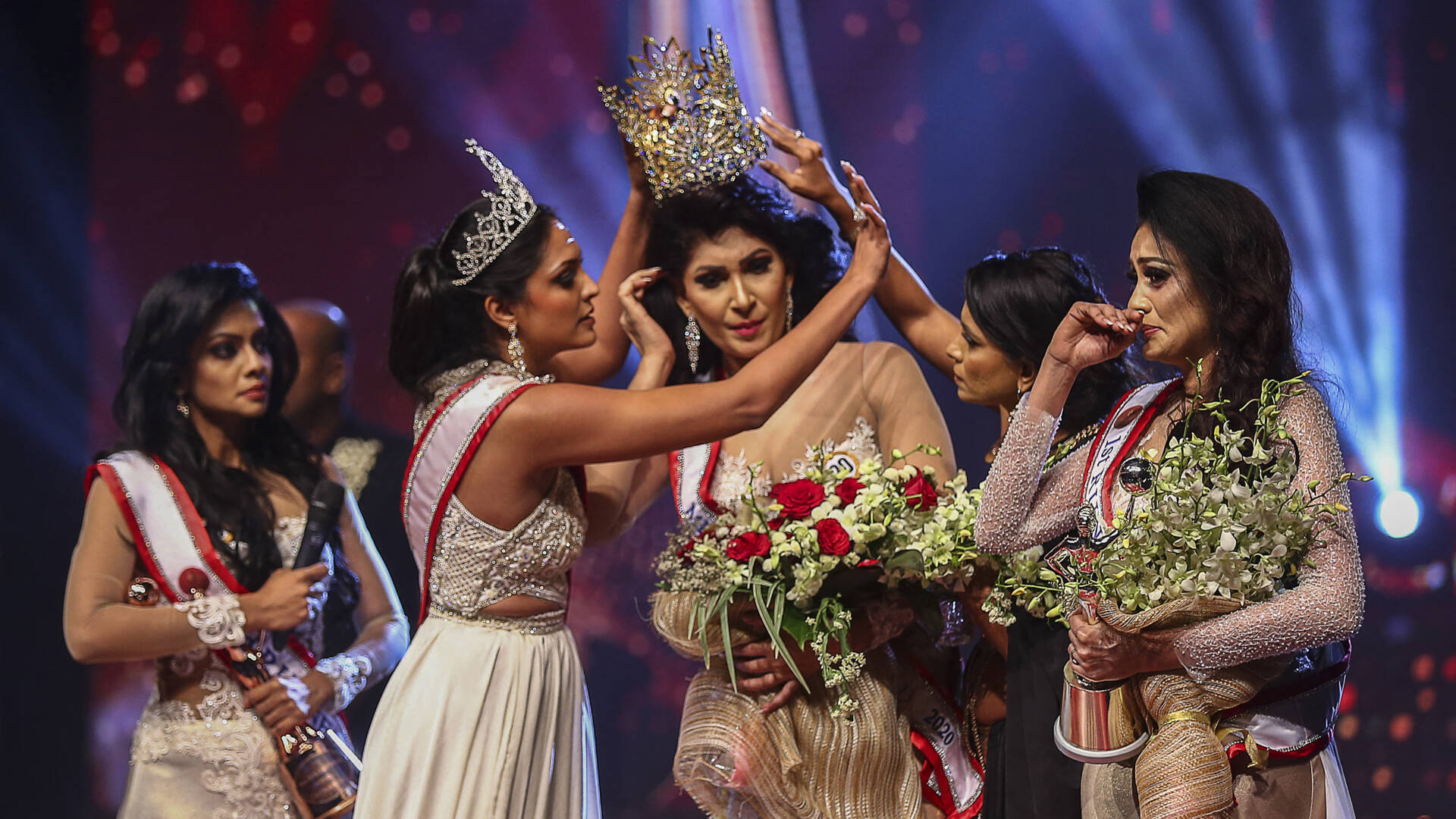 A tense situation arose at the Mrs. Sri Lanka for Mrs. World pageant held in Colombo last night with the crown being removed from the winner by Mrs. World 2020 and outgoing Mrs. Sri Lanka, Caroline Jurie.

The judges had picked contestant number 20 Pushpika De Silva as the winner of Mrs. Sri Lanka for Mrs. World.

However, as the winner was being crowned concerns were raised from a group of people who were among the invitees at the event saying the winner was divorced.

Pushpika De Silva walked across the stage and greeted the crowd and later remained on stage for photographs.

After the main invitees had left Caroline Jurie took the mic on stage and made an announcement saying the winner cannot be divorced and so she has decided to crown the first runner-up as the new winner.

The Mrs. World then removed the crown from Pushpika De Silva and crowned the first runner-up as the new winner.

Pushpika De Silva walked away seemingly stunned and the first runner-up greeted those remaining at the venue.

A tense situation later arose as the event drew to a close. (Colombo Gazette)