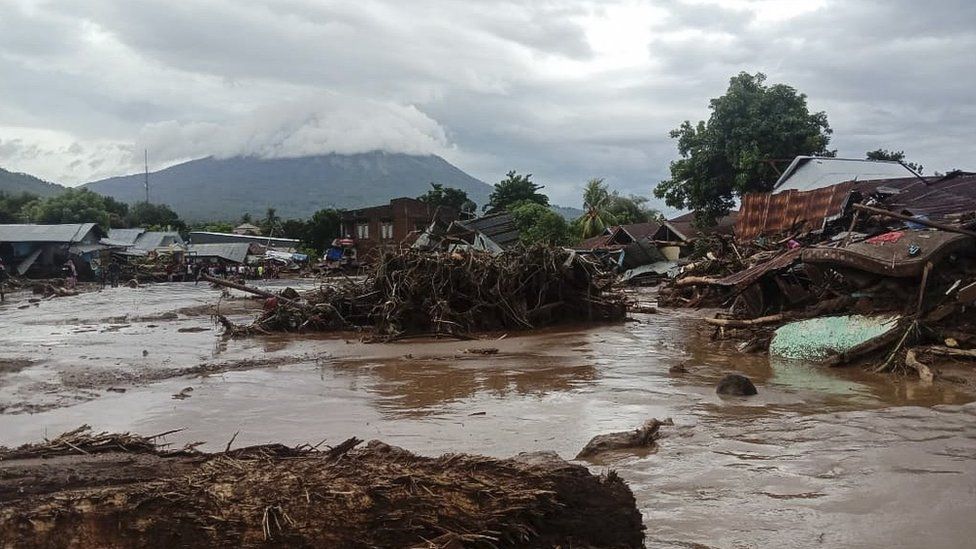 At least 50 people have died after flash flooding and landslides hit Indonesia and Timor Leste on Sunday.

The affected area stretched from Flores island in eastern Indonesia to the neighbouring nation of Timor Leste.

Rescuers are still attempting to find survivors, and officials warned the death toll could rise further.

“After verifying the data with our team in the field, we found that there are 41 people dead. 27 people are still missing and nine people are injured.”

However East Flores deputy regent Agustinus Payong Boli estimated that as many as 60 people in his municipality had died. This number has not been confirmed by Indonesian national authorities.

“The majority of them, 55, are in Lemanele village,” he told AFP news agency. “Many people died here because the village was hit by both landslides and flash floods.”

Officials in Timor Leste said another 11 people were killed by flooding in the capital Dili.

“We are still searching for the areas impacted by the natural disasters,” Joaquim Jose Gusmao dos Reis Martins, Secretary of State for Civil Protection for Timor, told reporters.

Injured people on the islands have been evacuated to neighbouring villages that were unaffected, and to local hospitals and other health centres.

Flash floods and fatal landslides are common across the Indonesian archipelago during the monsoon season, which usually runs from November to March. (Courtesy BBC)