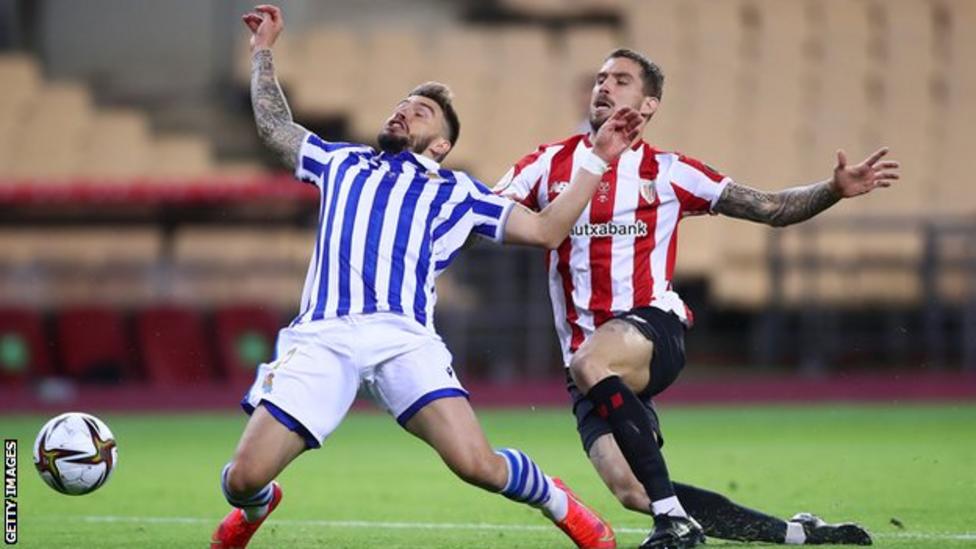 Real Sociedad ended a 34-year wait for the Copa del Rey by beating Athletic Bilbao in a tight final in Seville.

After a five-minute VAR review of the decision to award a penalty, Mikel Oyarzabal sent the keeper the wrong way to win the 2019-20 trophy for Sociedad.

Inigo Martinez was initially sent off for fouling Portu in the box but the decision was downgraded to a yellow.

Bilbao face Barcelona in this season’s final on 17 April, looking to end their own 37-year wait in the competition.

In a game of few chances, Martinez came closest for Bilbao with a 25-yard effort that was tipped over the bar in the first half.