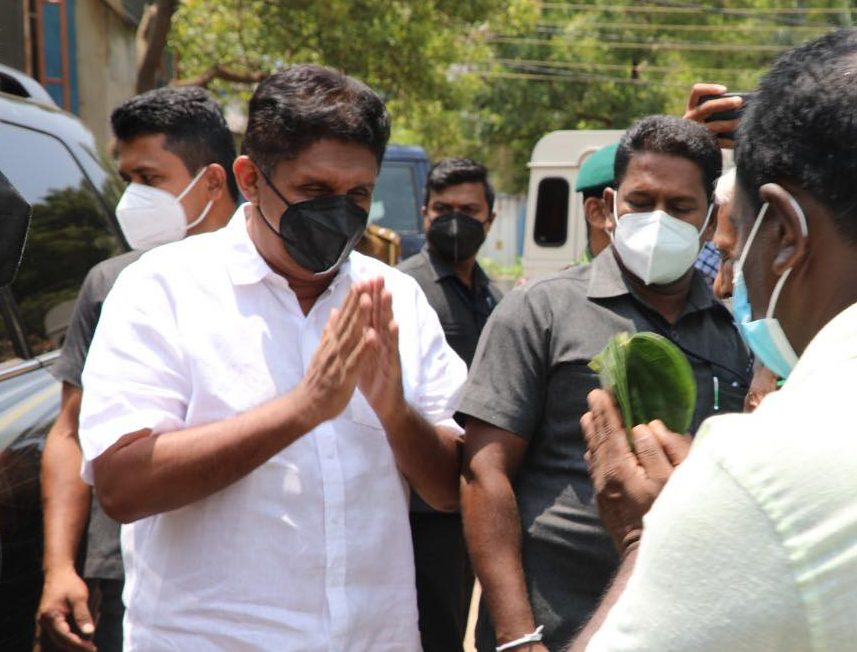 He said he was sorry that the attacks took place when he was a member of the Cabinet.

Premadasa said that it was his responsibility to say sorry.

On Easter Sunday in 2019 suicide bombers attacked three hotels in Colombo and three churches in the country killing over 250 people.

Premadasa was then a member of the United National Party and was in the Cabinet of President Maithripala Sirisena and Prime Minister Ranil Wickremesinghe.

The Presidential Commission of Inquiry (PCoI) which investigated the Easter Sunday attacks had proposed criminal action against Sirisena.

The commission had said that based on evidence, it was of the view that there was criminal liability on the part of former President Sirisena for the acts or omissions pertaining to the attacks.

It was also of the view that the lax approach of then Prime Minister Ranil Wickremesinghe towards Islamist extremism as the Prime Minister of the country at the time was one of the primary reasons for the failure on the part of the then Government to prevent the Easter Sunday terror attacks. (Colombo Gazette)