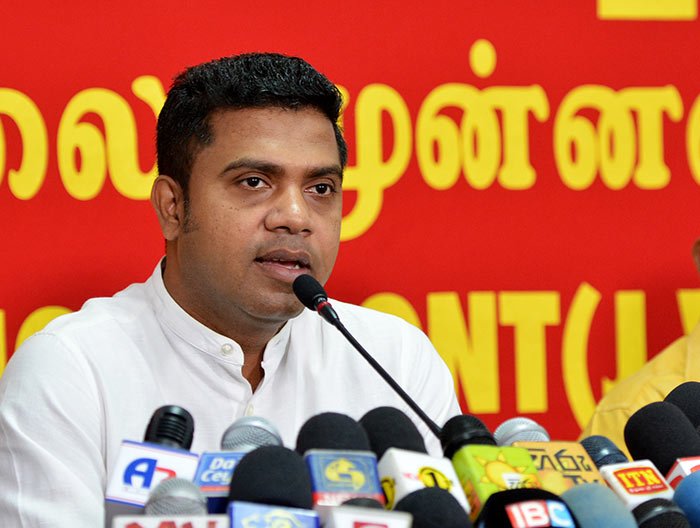 The Janatha Vimukthi Peramuna (JVP) has slammed the sacking of some members of the board of the National Medicinal Regulatory Authority (NMRA) for failing to approve the Sinopharm vaccine.

JVP Parliamentarian, Dr. Nalinda Jayatissa said that the board consisted of experts in the field who had sought more information on the Chinese vaccine.

He said that since important information sought by the NMRA board had not been provided by the Sinopharm vaccine manufacturer in China, they had refused to approve the vaccine.

Dr. Nalinda Jayatissa said that eventually seven members of the NMRA board were sacked in stages.

Among those removed is Dr. Palitha Abeykoon, a senior physician and public health professional who was recently appointed by the World Health Organisation as a Special Envoy.

President Gotabaya Rajapaksa had recently received a consignment of 600,000 Sinopharm vaccines from China.

The Sri Lanka Medical Association (SLMA) had later written to Health Minister Pavithradevi Wanniarachchi urging her to ensure the approval of the NMRA is obtained, prior to use of the Sinopharm vaccine on Sri Lankans.

The President Dr Padma Gunaratne and the Council of the Sri Lanka Medical Association (SLMA) noted the need to maintain the integrity and independence of the NMRA for a long term successful vaccination programme in Sri Lanka.

The SLMA said that they have been made to understand the recently imported Sinopharm vaccine, to date, does not have the NMRA approval for use on Sri Lankan Nationals or the approval of the World Health Organization. (Colombo Gazette)