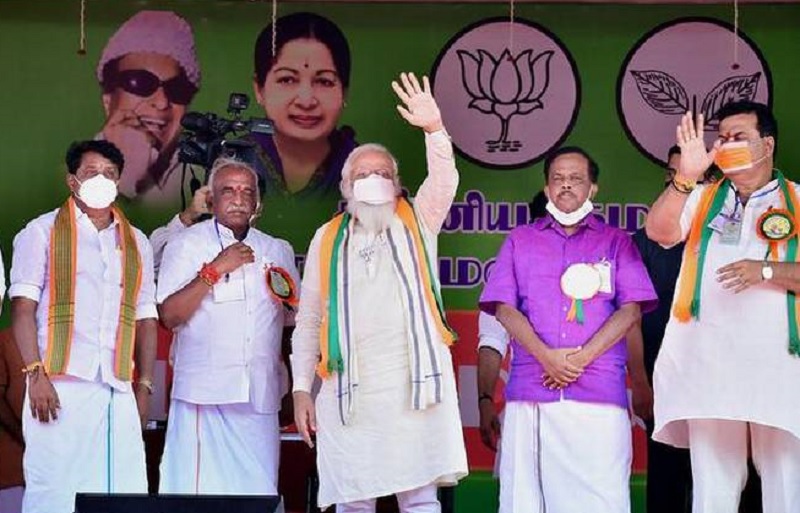 He said that after the NDA came to power there has not been any fisherman in the custody of Sri Lanka.

The Indian Prime Minister said that his Government also intervened recently to secure the release of 40 fishermen and their four boats.

The 40 Indian fishermen had been arrested for poaching in Sri Lankan waters but were subsequently released.

Modi was speaking in Kanniyakumari while addressing an election campaign meeting.

Campaigning is underway for the assembly elections in India.

Modi is seeking support for his NDA allies at the election.

Elections in Tamil Nadu and Kerala will be held on April 6. The counting of votes will take place on May 2. (Colombo Gazette)