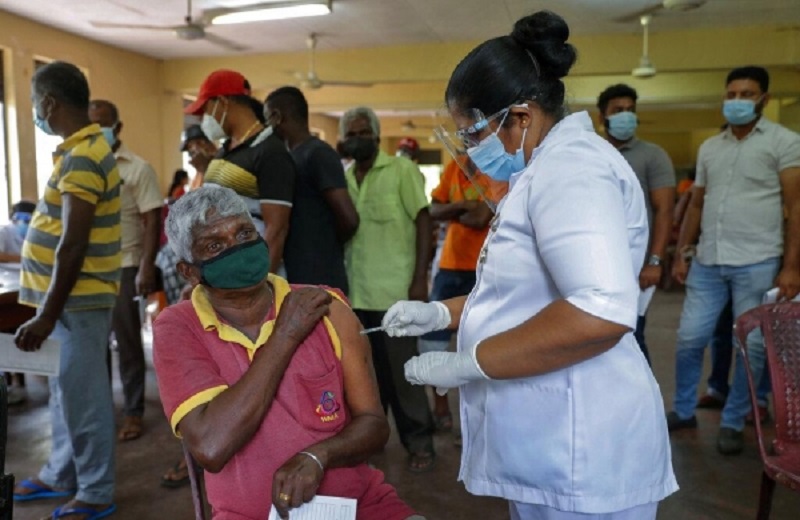 The second dose of the AstraZeneca COVID-19 vaccine will be administered from April 19, the Health Ministry said.

Chief Epidemiologist Dr. Sudath Samaraweera said that the second dose of the AstraZeneca Covishield vaccine would be given to those who got the same vaccine as the first dose.

He said that Sri Lanka has sufficient stocks to administer the second dose of the vaccine.
Over 894,000 people have received the first jab in Sri Lanka since January this year.

Dr. Sudath Samaraweera said that the World Health Organisation (WHO) has recommended that the second dose be administered in 12 weeks.

He said that in the event someone is unable to obtain the second dose in 12 weeks they must receive it soon to ensure the immunity for the virus sets in.

The Government commenced a mass vaccination program on January 29 after receiving the first stock of AstraZeneca vaccines from India.

However, India has suspended exporting the vaccine temporarily.

State Minister of Pharmaceutical Production, Supply and Regulation Professor Channa Jayasumana said that Sri Lanka will receive 500,000 doses of the AstraZeneca vaccines ordered from the Serum Institute of India on time.

He said that, in addition, Sri Lanka has vaccines remaining from the previous stocks. As a result, he said that there will not be an issue in administering the second jab using AstraZeneca to those who have already obtained the first injection.