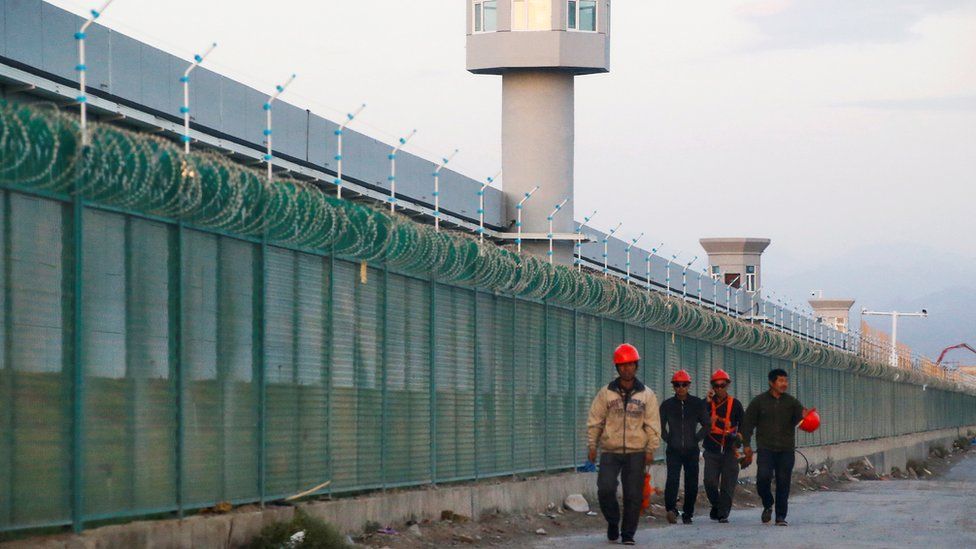 Several Western countries have imposed sanctions on officials in China over rights abuses against the mostly Muslim Uighur minority group.

China has detained Uighurs at camps in the north-west region of Xinjiang, where allegations of torture, forced labour and sexual abuse have emerged.

The sanctions were introduced as a coordinated effort by the European Union, UK, US and Canada.

China responded with its own sanctions on European officials.

It has denied the allegations of abuse, claiming the camps are “re-education” facilities used to combat terrorism.

But UK Foreign Secretary Dominic Raab said the treatment of Uighurs amounted to “appalling violations of the most basic human rights”.

The EU has not imposed new sanctions on China over human rights abuses since the 1989 Tiananmen Square crackdown, when troops in Beijing opened fire on pro-democracy protesters.

The sanctions, including travel bans and asset freezes, target senior officials in Xinjiang who have been accused of serious human rights violations against Uighur Muslims.

Those targeted have been named as:

Mr Raab called the abuse of Uighur Muslims in Xinjiang “one of the worst human rights crises of our time”.

“I think it’s clear that by acting with our partners – 30 of us in total – we are sending the clearest message to the Chinese government, that the international community will not turn a blind eye to such serious and systematic violations of basic human rights and that we will act in concert to hold those responsible to account,” he told fellow parliamentarians.

In a statement, US Secretary of State Antony Blinken said China was committing “genocide and crimes against humanity”. The US said it sanctioned Wang Junzheng and Chen Mingguo for their connection to “arbitrary detention and severe physical abuse, among other serious human rights abuses”.

The sanctions came amid increasing international scrutiny over China’s treatment of Uighurs.

More than a million Uighurs and other minorities are estimated to have been detained in camps in Xinjiang.

Xinjiang lies in the north-west of China and is the country’s biggest region. Like Tibet, it is autonomous, meaning – in theory – it has some powers of self-governance. But in practice, both face major restrictions by the central government.

Uighurs living in the region speak their own language, similar to Turkish, and see themselves as culturally and ethnically close to Central Asian nations.

The Chinese government has been accused of carrying out forced sterilisations on Uighur women and separating children from their families.

One woman testified that women were removed from their cells “every night” and raped by one or more masked Chinese men. A former guard at one of the camps, who spoke on condition of anonymity, described torture and food deprivation of inmates. (Courtesy BBC)