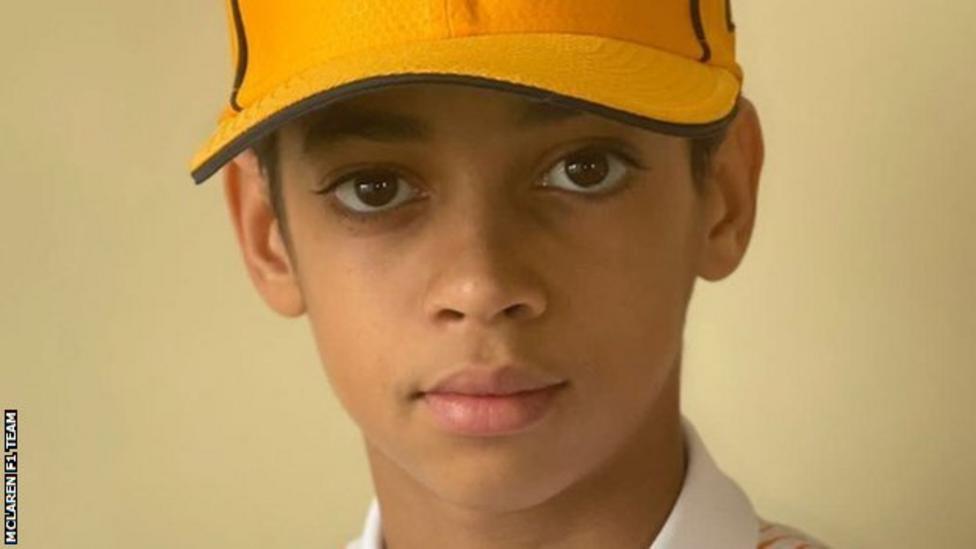 McLaren have signed a contract with 13-year-old American karter Ugo Ugochukwu to support him through racing’s junior categories.

The Formula 1 team said the agreement gives them an option to sign Ugochukwu to a race deal in the future.

“So when the opportunity to sign an agreement with him became available, we had no hesitation moving on it.”

The move gives McLaren what they describe as a multi-year contract with Ugochuku, within which there is an option they can choose to take up which would tie him to a further multi-year racing deal. This could be in F1 or in other categories.

McLaren, like many F1 teams, have had a young driver programme for many years. Their most high-profile graduate is Lewis Hamilton, who was also signed by the team when he was 13, and who remains so far F1’s only black driver.

Ugochukwu, who was born in New York and whose mother is Nigerian, won last year’s FIA OK Junior European championship, and has graduated to the senior class this season.

F1 has not had an American driver since Alexander Rossi took part in five races for the Marussia team in 2015.

The last American to win a Grand Prix was 1978 world champion Mario Andretti – at that year’s Dutch Grand Prix.

“While he is still early in his career, it is clear he has the ingredients to be successful in the sport.

“This signing reflects our refocused approach to identifying and supporting new talent, away from a formal young driver programme to a more tailored basis.”

Ugochukwu said: “I’m honoured to be signed by such an iconic team as McLaren Racing so early in my career.

“To have the support of McLaren is fantastic and what any young driver dreams of. I’m focused right now on developing as a driver and racer, so having McLaren by my side can only help me on and off the track.” (Courtesy BBC)

Rafael Nadal fights back to win at Barcelona Open