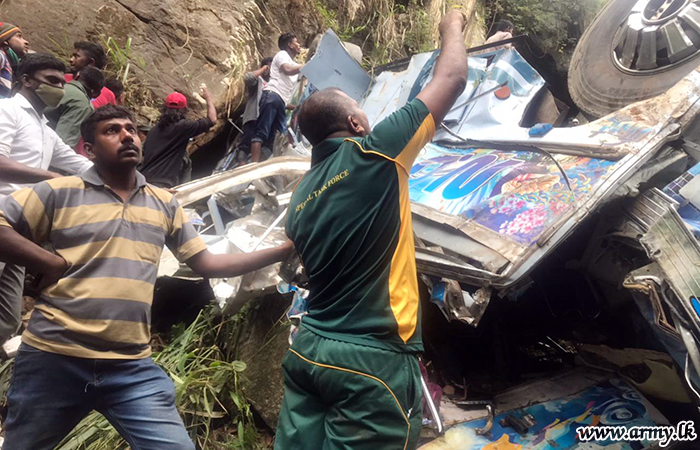 The driver of the truck involved in the Passara bus accident has been arrested.

The bus had attempted to avoid the truck which had come in the opposite direction when it toppled down a precipice last morning.

The driver of the bus is seen attempting to avid the truck resulting in the bus falling down the precipice.

The bus had gone down a precipice near the 13th mile post.

The accident had occurred in an area where the road was damaged.

The Police said that 14 people were killed in the accident while 30 others sustained injuries.

Among those injured is the driver of the bus. (Colombo Gazette)