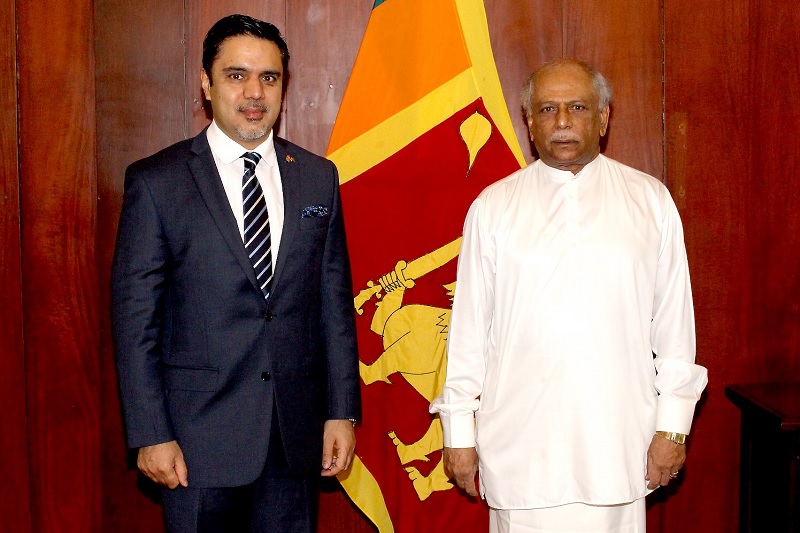 Afghanistan has sought the support of Sri Lanka for Afghanistan’s candidate for the Presidency of the 76th Session of the United Nations General Assembly (UNGA) 2021-2022.

The Afghan Embassy in Colombo said that the Ambassador of Afghanistan to Sri Lanka M. Ashraf Haidari had sought support for the candidate from Afghanistan when he called on Foreign Minister Dinesh Gunawardena in Colombo.

“The Ambassador sought the support of Sri Lanka for Afghanistan’s highly qualified candidate, former Foreign Minister Dr. Zalmai Rassoul, for the Presidency of the 76th Session of the United Nations General Assembly: 2021-2022. He noted the former Foreign Minister’s decades of experience in international relations, advancing the common interests of all nations, including those of South Asia. Dr. Rassoul now serves as Afghanistan’s Ambassador to the UK,” the Afghan Embassy in Colombo said.

Meanwhile, given Sri Lanka’s decades of war and its relevant war-to-peace-transition experience, Ambassador Haidari briefed the Foreign Minister on the consistent peace efforts of the Government of Afghanistan and the firm commitment of President Ashraf Ghani to a results-driven process, which can put an end to the imposed war and usher in sustainable and dignified peace, a desire and demand of every Afghan. To build confidence with the Taliban, he told the Foreign Minister that the Islamic Republic of Afghanistan had released over 5,000 Taliban prisoners, in return for which the Taliban were supposed to deliver on their commitments under the United States-Taliban deal, whose negotiation excluded the Government of Afghanistan.

To the contrary, however, Ambassador Haidari told Foreign Minister Gunawardena that the Taliban had reneged on their commitments, escalating terrorist attacks and violence, mostly targeting civilians across Afghanistan. In this regard, he thanked the Sri Lanka Muslim Congress (SLMC) for their recent principled statement, calling for an immediate end to violence with no Islamic justification and for the resumption of peace talks. The Ambassador noted that SLMC’s statement followed those of international Ulema and other Muslim communities, who have condemned in the strongest terms possible the ongoing acts of terrorism, targeting civilians in Afghanistan.

They also discussed the status of several pending MOUs and Agreements aimed at air connectivity, defense cooperation, trade promotion and protection, tourism facilitation, and diplomatic visa waiver collaboration. Both sides have approved the Afghanistan-Sri Lanka Political Consultations MOU, and plan to sign it in Colombo in early April. Foreign Minister Gunawardena took note of the importance – concluding the Agreement on the Transfer of Sentenced Persons, addressing Afghanistan’s concern about health of a few of its inmates due to the COVID-19 and its likely spread to prisons across the world.

Finally, both sides highlighted the importance of exchanging delegations at the leadership level, as Ambassador Haidari recalled with gratitude the hosting by Sri Lanka of a state-visit for the former Afghan President Hamid Karzai. In 2019, former President Maithripala Sirisena responded positively to an invitation by President Ashraf Ghani to visit Afghanistan, but the terrorist Easter Attacks prevented the visit. With the easing of COVID-19 travel restrictions, Afghanistan looks forward to exchange of bilateral delegations at all levels of the two friendly countries, including their business people and civil societies. (Colombo Gazette)