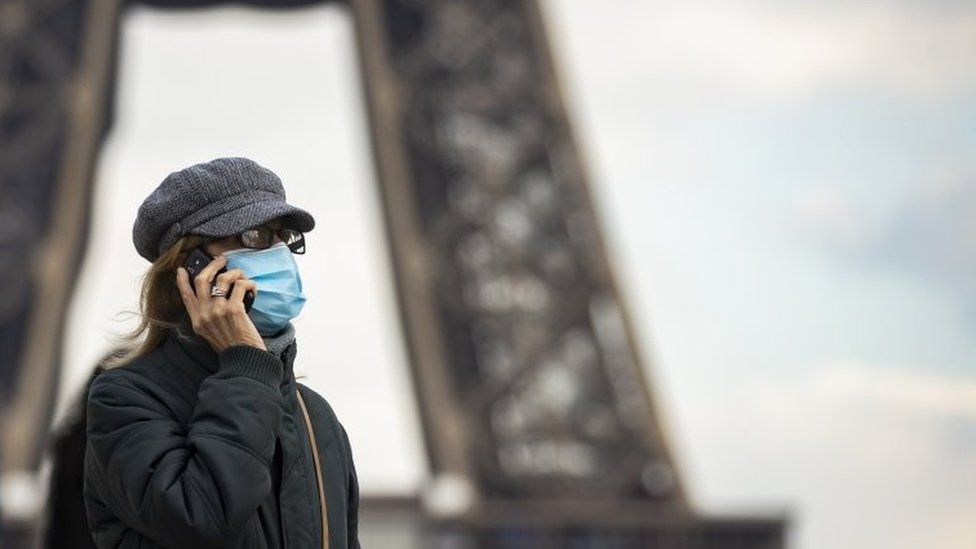 The French capital Paris is set to go into a month-long Covid lockdown as the country fears a third wave.

Another 15 departments in the country will also be placed under the same measures from midnight on Friday.

These measures will not be as strict as the previous lockdown, Prime Minister Jean Castex said, with people allowed to exercise outdoors.

France has recorded more than 35,000 new infections within the past 24 hours.

Mr Castex said a “third wave” of infections in the country was looking increasingly likely.

The situation in Paris is particularly worrying with 1,200 people in intensive care there, more than at the peak of the second wave in November, Health Minister Olivier Veran said.

Under the new measures, non-essential businesses will be forced to close but schools will remain open. People will be allowed to exercise outdoors within 10km (6 miles) of their home and are not allowed to travel to other parts of the country unless they have a valid reason. Those in the affected areas will have to fill out a form to explain why they have left their homes.

France’s nationwide curfew will remain in place. However, it will begin an hour later at 19:00 (18:00 GMT), taking into account the longer hours of daylight.

Fears of a third wave come as the French government faces criticism for its slow vaccine rollout.

From Friday, France will resume vaccinating using the AstraZeneca jab following the EMA’s announcement that it was fit for use. Mr Castex said he would be getting the vaccine straight away to prove that it was okay.

France had suspended the jab after a number of cases in Europe of blood clots developing after the vaccine was administered. A survey conducted just as the suspension was announced found that only 20% of the French have confidence in AstraZeneca. (Courtesy BBC)