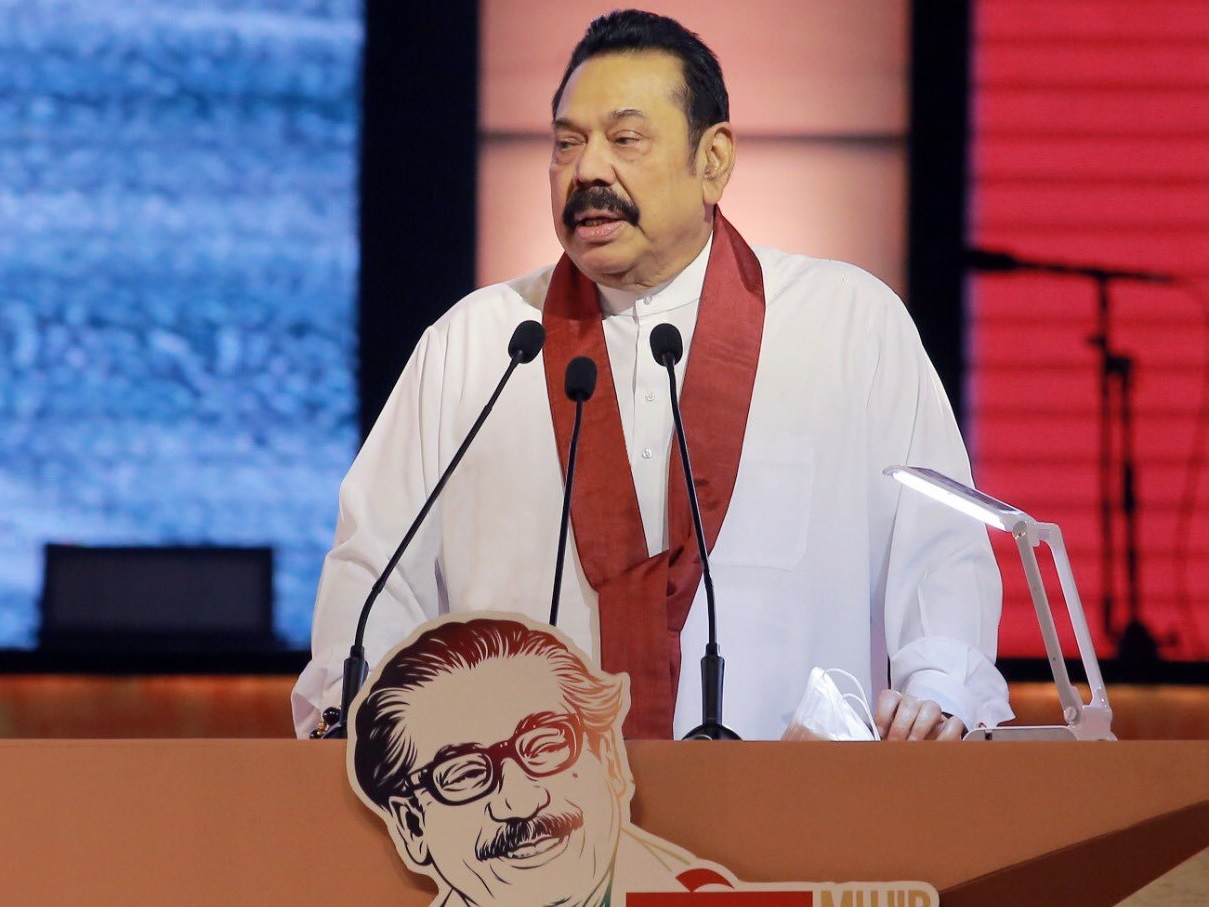 Prime Minister Mahinda Rajapaksa says Sri Lanka stands side by side with Bangladesh to achieve greater freedom and prosperity.

Speaking at an event celebrating the birth centenary of Bangabandhu Sheikh Mujibur Rahman and the Golden Jubilee of the Independence of Bangladesh, Prime Minister Mahinda Rajapaksa said that despite the many challenges posed by the COVID-19 pandemic, he was in Dhaka in person with the message of solidarity from the people of Sri Lanka.

“The friendly relations between our two countries have a long history. Many scholars believe that the first migrations from Bengal arrived in Sri Lanka through maritime routes as far back as 2500 years ago. It is also believed that Sri Lanka and Bangladesh had vibrant trade exchanges since 6th Century BC. Quite naturally, Sri Lanka was one of the first countries to establish diplomatic relations with the new nation of the People’s Republic of Bangladesh in 1971,” he said.

Prime Minister Rajapaksa said that economic transformation, eradication of poverty and achieving the Sustainable Development Goals remain key priorities of both countries in the middle of great challenges.

“The great strides Bangladesh has made in the field of agriculture attracts great attention in Sri Lanka. In addition to playing an active role through the SAARC Agriculture Centre in Dhaka, Bangladesh continues to provide training and capacity building for our institutions. I seek your indulgence to share closer cooperation in this field,” he said.

Rajapaksa is on a state visit to Bangladesh on an invitation extended by Bangladesh Prime Minister Sheikh Hasina.

The visit coincides with the celebration of the birth centenary of the Father of the Nation Bangabandhu Sheikh Mujibur Rahman and the Golden Jubilee of the Independence of Bangladesh.