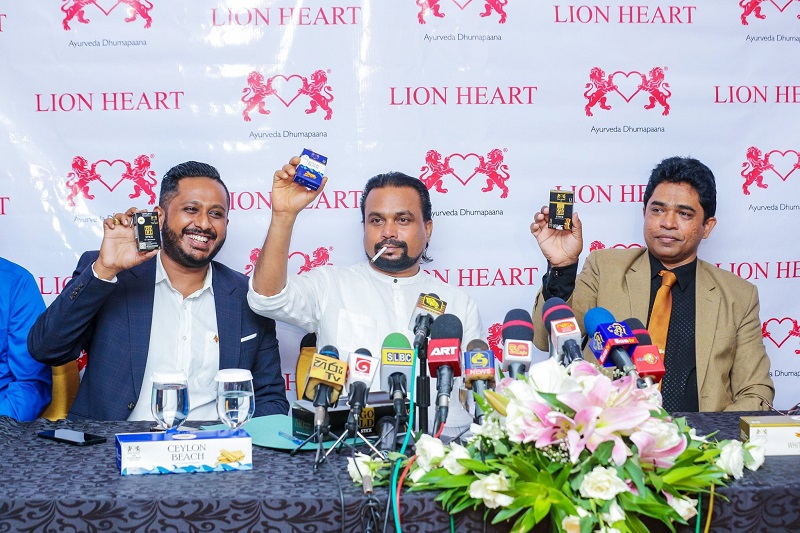 Legal action is to be taken against a cinnamon-based cigarette brand which was recently promoted by Minister Wimal Weerawansa.

The National Authority on Tobacco and Alcohol (NATA) is set to initiate legal action against the newly launched cigarette brand.

The Legal Head of NATA, Viraj Bandaranayake told Colombo Gazette that launching the cigarette without obtaining approval from the necessary state institution was a violation of the law.

He said the Ayurveda Department and the Health Ministry have informed NATA that they have not granted approval for the cinnamon-based cigarette.

Stating that as a public survey on the cigarette has not been conducted and a report in this regard has not been submitted to NATA, Bandaranayake said the company does not have the power to release the product to the local market.

He said if the cigarette is used by children, without stipulating an age limit, there will be no means to control the usage.

Bandaranayake pointed out the cigarettes had been manufactured despite NATA providing a written request to refrain from commencing the manufacture and distribution of the product.

He said the company had disregarded the order and had continued to manufacture the cigarette, paving the way for other such products to also enter the local market.

The production of the cinnamon-based cigarette, claiming it to be in parallel to other cigarettes, is a violation of Article 2 Section 38 of the Tobacco and Alcohol Act of Sri Lanka.

NATA has requested the Ayurveda Department, Health Ministry, Intellectual Property Department, and Ministry of Industries to provide a complete report on the cinnamon-based cigarette.

NATA Legal Head Bandaranayake said that legal action will be initiated based on the report.

The ‘Lion heart’ cinnamon-based cigarette was launched to the public by Minister of Industries Weerawansa on Wednesday (17).

The cigarette which has Ayurvedic components has been manufactured by Samantha Punchihewa.

Launching the new cigarette, Minister Weerawansa said despite attempts by various institutions to prevent the manufacturing of the cinnamon-based cigarettes, he will provide his support for the product as the Minister of Industries. (Colombo Gazette)